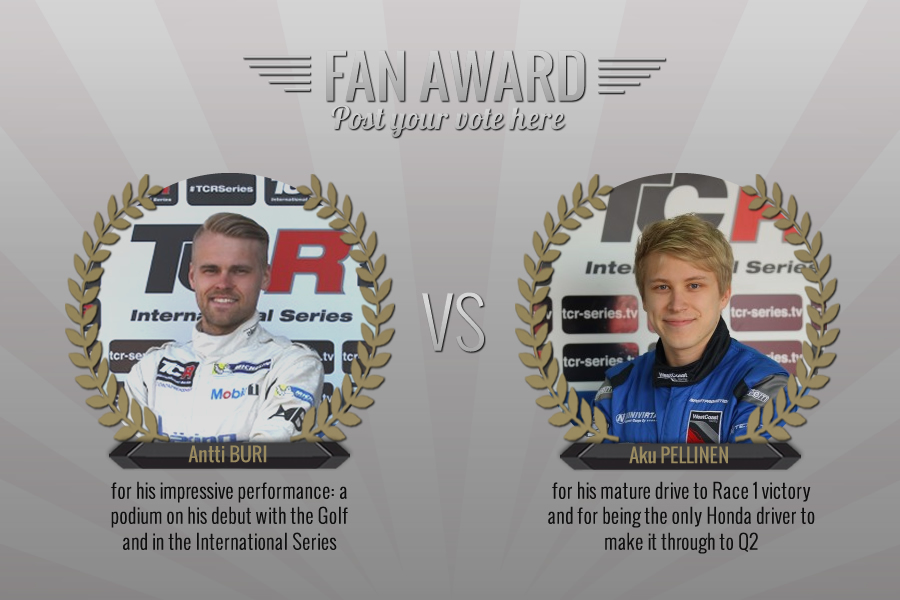 An all-Finn fight for the Fan Award !

The third voting for the Fan Award will result in an all-Finn fight between Aku Pellinen and Antti Buri.
Following the season’s third race meeting at Spa-Francorchamps, a panel comprising of the International Series’ Promoter and the promotional and media team has named the candidates with the following motivations:

Buri – for his impressive performance: a podium on his debut with the Golf and in the International Series

Fans of the TCR International Series will may now vote for Aku Pellinen or Antti Buri on the home page of the website.

Scroll down the home page and post your vote now!

You will immediately see the percentage of each candidate after your vote.

Voting is possible until midnight of Tuesday, May 10. The final results will be shown on the website on the following day.