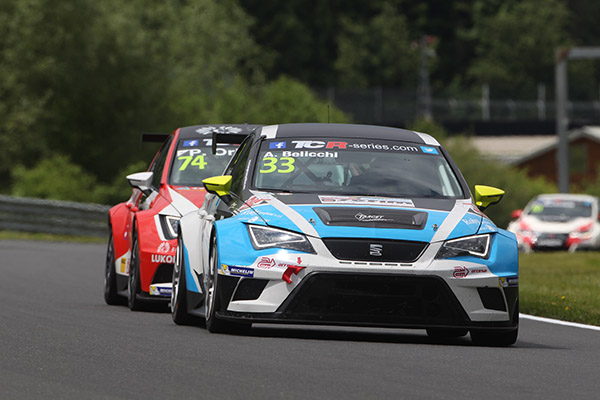 Andrea Belicchi ‘Man of the Race’

Andrea Belicchi was elected “Man of the Race” at the Salzburgring following two solid and consistent performances, concluded with a third place in Race 1 and a fifth in Race 2.
The Target Competition driver was, together with Gianni Morbidelli, the only one among the front-runners, to make it to the top five in both races.
Moreover, Belicchi was the author of a great “save” in Race 2 when he was surprised by oil on the track and went off onto the gravel at high speed, mastering a perfect drifting to rejoin the track safely, despite losing two positions.
“I am happy with my weekend,”commented the Italian after the races, “because I put in two strong races and proved I could fight for the very top. What pleases me most is that, contrarily to recent rounds, I had again the right pace.”