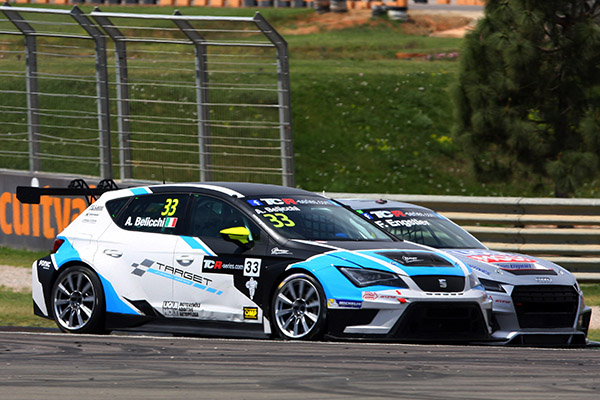 Andrea Belicchi was excluded from Race 2

Andrea Belicchi lost his third place in today’s Race 2 as the Stewards of the Meeting decided to exclude him for not observing a drive-through penalty.
The Italian driver was deemed guilty of overtaking during the safety-car intervention during the opening lap; as a consequence Gianni Morbidelli inherited third position.
After the investigations on the crash at the start of the second race that eliminated Oscar Nogués and Jordi Gené, the Stewards put the blame on Nogués who was given a five-position drop on the grid that will remain suspended for the next two races.