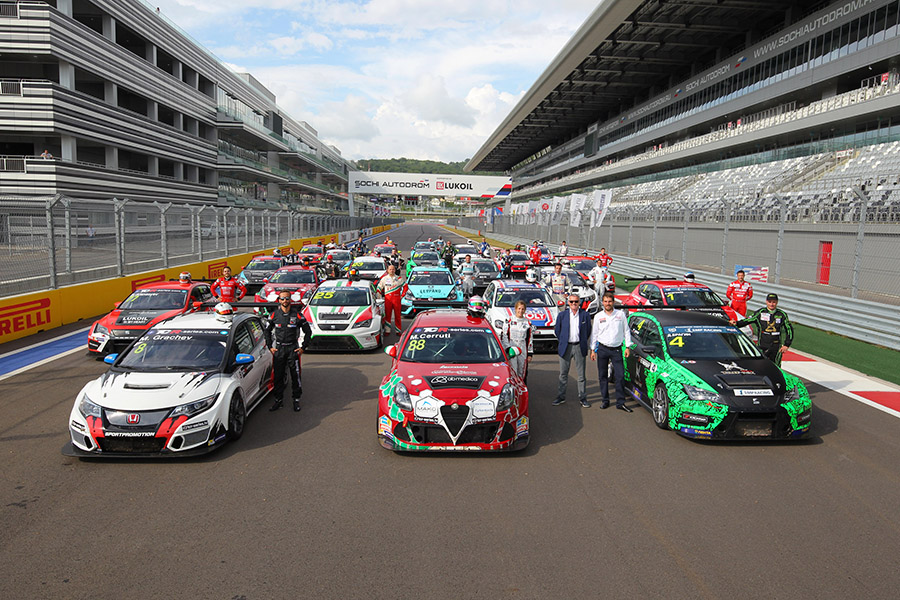 Following the taking of the TCR family picture at Oschersleben, that gathered together all the competitors of the International and German series, another photo call was organised at Sochi with the TCR Russia drivers joining their International Series fellows.

Twenty-three cars from both championships were lined up on the Sochi Autodrom starting grid for another impressive shot.

The cars and drivers were then joined by TCR promoter Marcello Lotti and Oleg Petrikov, promoter of the SMP Russian Circuit Racing Series.