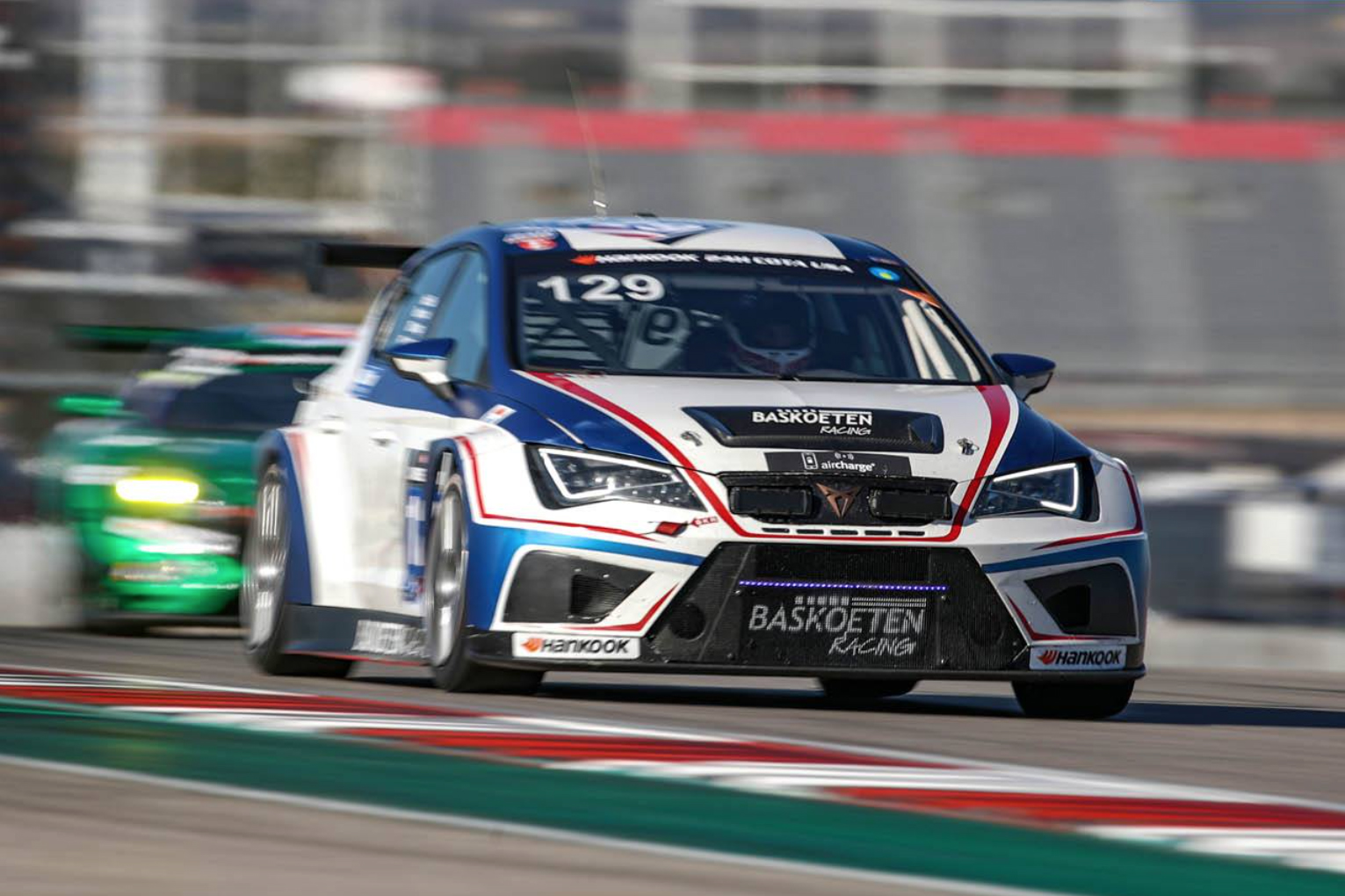 Antti Buri placed the LMS Racing by Bas Koeten Racing Cupra DSG on pole position for the TCR class in the 24H COTA, the closing round of the 24H TCE Continents Series that starts today at Austin’s Circuit of the Americas.
Buri’s lap time of 2:19.747 meant the second place on the TCE Series grid alongside a Lamera Cup prototype.
In the 24-hour race, the Finn will share the car with fellow countrymen Olli Kangas and Ari-Pekka Laaksonen, while TCR expert Ronny Jost from Switzerland completes the team.
The Lestrup Racing Volkswagen Golf GTI driven by Mats Olsson, Peter Fahlström, Stefan Nilsson and Robin Fredriksson set the second fastest lap in the class (2:20.962), beating the second Bas Koeten Racing Cupra DSG entered by NKPP Racing and driven by Harry Hilders, Gijs Bessem and Roeland Voerman (2:21.372).
Both the Peugeot 308 cars entered by Team Altran, first and second in the standings, struggled in Qualifying; the #308 qualified in 6th position and the #908 in 8th.
Currently the #908 leads the #308 by one point, but both LMS Racing and NKPP Racing are still in contention for the Continents title.