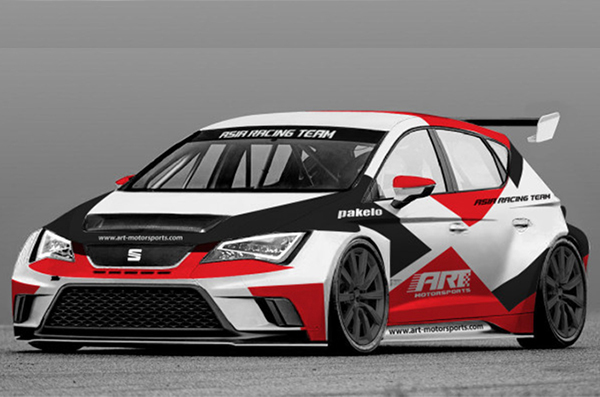 One of the most successful teams in Asian motorsport, Macau’s Asia Racing Team [ART], announced they will be on the grid with a two-car team for the opening round of the new TCR Asia Series at Sepang in early September.
Owned by a group of successful South China entrepreneurs, ART has been successful across a variety of GT and open-wheel categories over 15 years.
The team will line up with a pair of SEAT Léon TCR cars for the season-opener, with a yet-to-be-confirmed driver line-up.

“We can see the huge benefits of being involved with the TCR Series in Asia,”Team Manager Phillipe Descombes explained. “Touring car racing has a huge heritage in Asia but we have been more than a decade waiting for of a new, professional category to step in. The TCR global concept and the Asian series package offered includes a strong calendar, good-looking cars, close racing and affordable budgets - they were key factors in our decision to take part in the series.”

The TCR Asia series will kick off at Sepang on September 6 and then will race together with the TCR International Series at Singapore, Buriram and Macau.