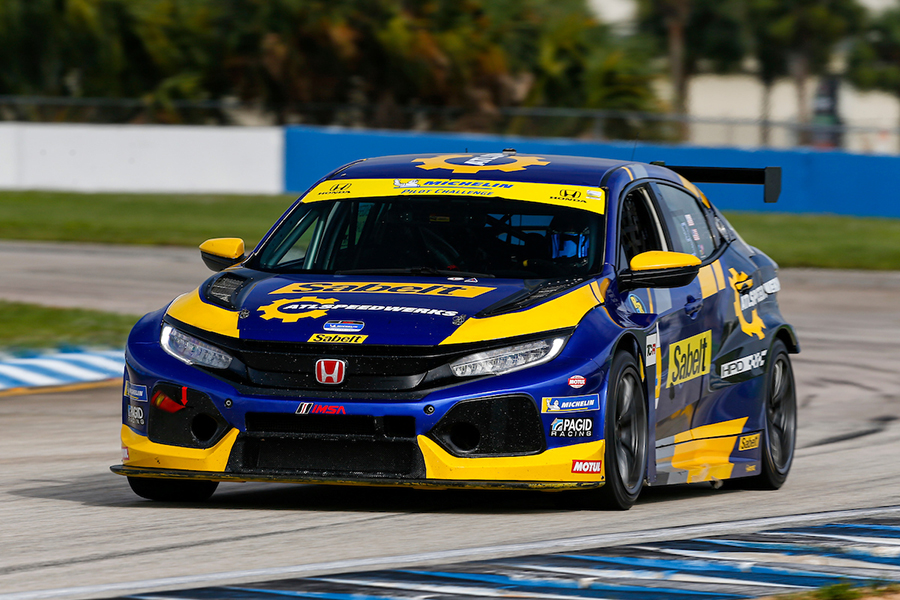 Atlanta Speedwerks announced that will run three Honda Civic Type R cars in the TCR class of the 2021 IMSA Michelin Pilot Challenge.
Brian Henderson and 16-year-old Robert Noaker are the first drivers named to drive for the Georgia-based team, while team owner Todd Lamb will drive a second Civic with a driver to be named. Drivers for the team’s third Civic will also be named at a later date.
Henderson and Noaker teamed for the 2020 season finale at Sebring International Raceway, in what was Noaker’s IMSA debut. Starting at the rear of the field due to an overnight engine change, they climbed as high as third before finishing sixth.
Henderson, 23, co-drove with Lamb the past two years in the Michelin Challenge; they were classified fifth in 2019 championship and finished third last year in the team’s home race at Road Atlanta.

"I am so happy to be back with Atlanta Speedwerks for the 2021," Henderson said. "I’m excited to be pairing with Robert for the season, especially after he had a great debut at Sebring earlier this year. I’m grateful for the opportunity to continue growing my skills as a driver and team member. I know we have what it takes to be a major contender this year and can’t wait to get back on track!"

Noaker finished eighth in the Mazda MX-5 Cup standings as a 14-year-old in 2018, winning at Mid-Ohio and earning a Guinness Book of World Records achievement as the youngest driver ever to win an IndyCar-sanctioned race. He finished fifth in 2019 with a pair of wins and was runner-up in 2020 with a season-high four victories.
"I am looking forward to the challenge and opportunity of racing the Honda Civic TCR this year with Atlanta Speedwerks," Noaker said. "Sebring was a different experience for me but I enjoyed it. I am happy to be driving with Brian this season. We will have a very good crew behind us this year to hopefully contend for wins."