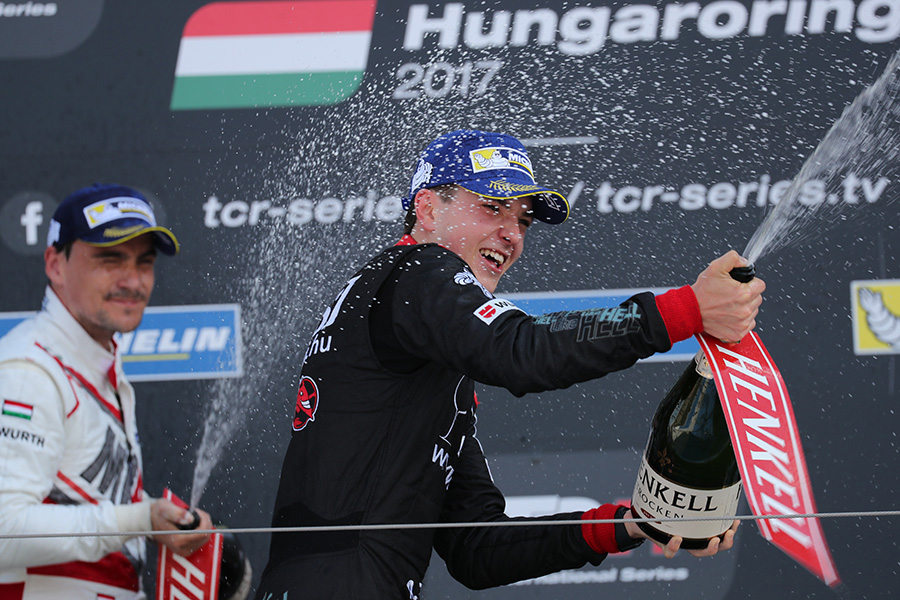 Attila Tassi to race in the WTCR Hungarian event

After winning the 2017 TCR International Series races at the Hungaroring, Attila Tassi will return to his home racetrack for a one-off participation in the WTCR. The 18-year-old JAS Motorsport Test and Development Driver will drive a Honda Civic Type R FK7 TCR for the Hell Racing Team.
Tassi, who was the 2017 TCR International Series vice-champion in a Civic Type R FK2 TCR in 2017, will contest the TCR Europe Series this year with the support of Hell Energy and JAS Motorsport.

“I’m incredibly excited to announce that I will race at the Hungaroring WTCR event with Hell Racing Team. It’s the result of a lot of hard work behind the scenes by a lot of people and I’m thrilled that this has all come together. To race in front of my home crowd in an FIA World Cup event is a dream come true. The level of competition will be higher than anything I’ve experienced in my racing career, but I’m not going there to make up the numbers and will instead push for the absolute best result I can possibly achieve,” said Tassi.