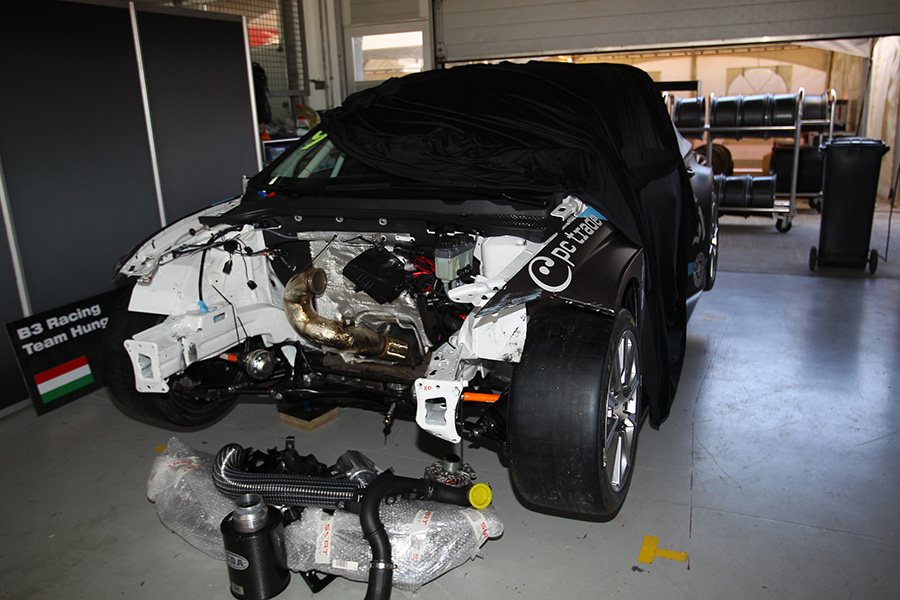 The third B3 Racing Team SEAT León TCR has been withdrawn from the Bahrain meeting due to the damage resulted in a crash during yesterday’s second Practice session.
Attila Tassi lost control and crashed into a wall head on. The young Hungarian escaped unscathed, but the car suffered from extensive damage to the front. Notably the left rail of the engine compartment was badly bent and could not be repaired at the track.

Team manager David Bári commented: “We are very sorry that we have to withdraw the car and that Attila cannot make his TCR debut, but that’s racing. We’ll see what we’ll do when we are back in Europe, but I believe it is going to be easier to get a new chassis altogether.”