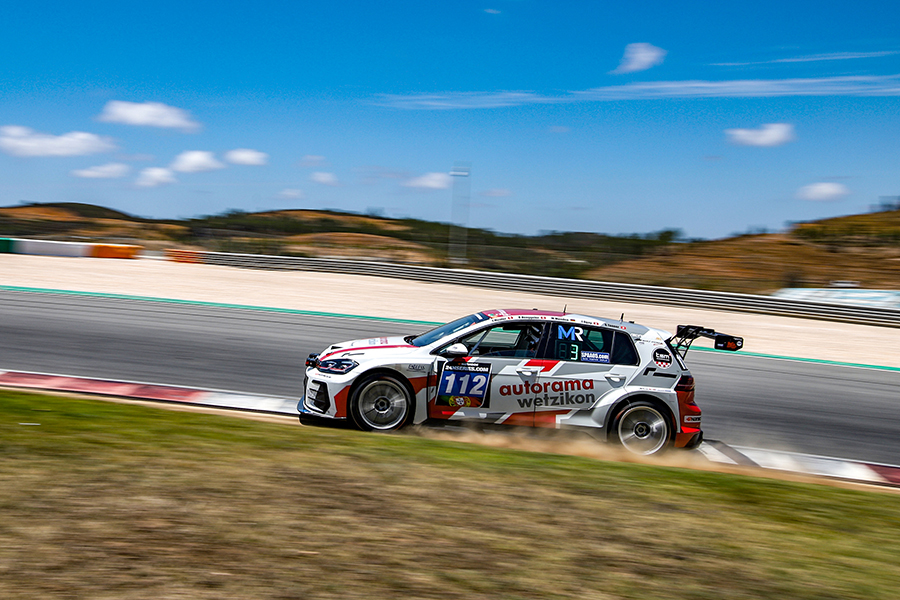 The Autorama Motorsport by Wolf-Power Racing Volkswagen Golf GTI secured its third win of the European season and its fourth outright of this year’s 24H TCE Series at the 24 hours of Portimão.
The Golf shared by Stefan Tanner, Ralf Henggeler, Marlon Menden, Yannick Mettler and Jérôme Ogay completed 641 laps of the Autódromo Internacional do Algarve and this meant that the Swiss outfit reinforced its leadership in the standings of both the 24H TCE Series Europe and Continents.
It was a solid run, albeit one that could have ended very differently heading into the closing stages… “We had a problem with the gearbox in the last two hours, so we were really lucky to survive!” Henggeler explained. “But my teammates did a great job, the whole team worked really hard, and it’s my first win in the 24H TCE Series, so I’m really happy with this result!”
Behind the race winners, the AC Motorsport Audi RS 3 LMS of Stéphane Perrin, Mathieu Detry, James Kaye and Sam Dejonghe took its third podium finish of the year in second position, despite losing a wheel on-track with only two hours to go.
The TCR podium was completed by the Nordschleife Racing Peugeot 308 Racing Cup driven by Guillaume Roman, Michel Derue, Michel Sallenbach and Thierry Boyer, although they suffered two separate fuel pump failures during the final 40 minutes that ended their chances of overtaking the AC Motorsport Audi.
The Red Camel-Jordans CUPRA was a contender for the outright victory in the early stages, but then it suffered from a suspension failure, before ending its race with a high-speed shunt into the barriers at Turn 1. The early leading TOPCAR Sport CUPRA was forced to retire just after half-distance due to an engine failure.
The 24H TCE Series will return into action at the 24H Barcelona on 30 August/1 September.