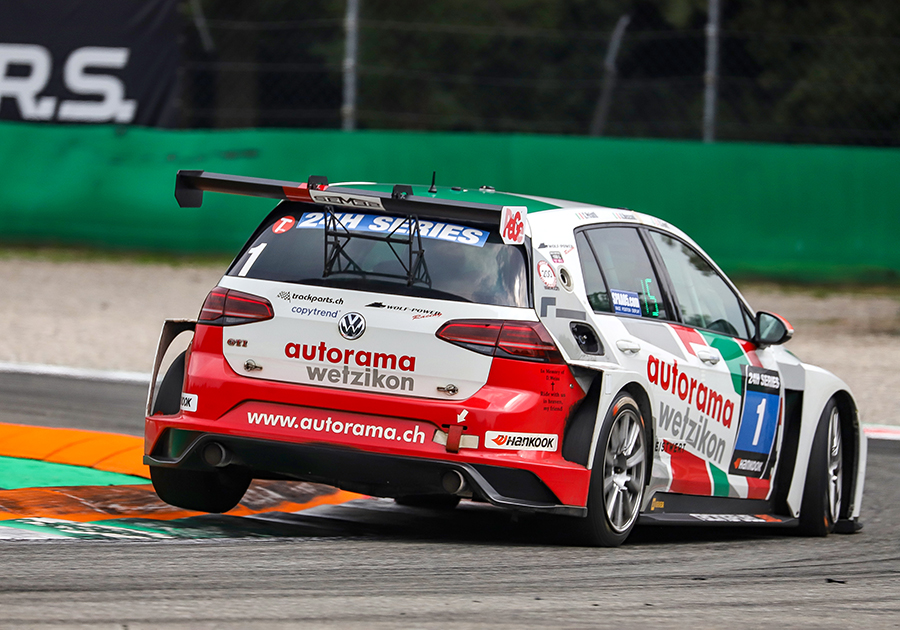 The Autorama Motorsport by Wolf-Power Racing made history in the 16-hour race at Hockenheimring by becoming the first TCR entrant to secure a spot on the outright podium at a 24H Series event.
The team’s Volkswagen Golf GTI cars finished first and second in the TCE category and third and fourth overall behind two GT cars. Constantin Kletzer, Jasmin Preisig, Christoph Lenz, Rhys Lloyd and Yannick Mettler shared driving duties in the #1 Golf that completed 450 laps of the German circuit. Victory had looked set to go to the sister car #112 (Alberto Vescovi / Roberto Ferri / Miklas Born / Marek Schaller / Benjamin Leuchter), but a bizarre incident in which the onboard fire extinguisher discharged in the cabin cost the team several laps. Having secured its fourth consecutive TCR podium of the year though, the #112 maintained its advantage on the top of the overall TCE Teams’ championship standings.
The TOPCAR Sport CUPRA #131 (Fabian Danz / Karen Gaillard / Kai Jordan) rounded out the TCE podium, despite almost being eliminated on the very first lap of the race in a bizarre collision with AC Motorsport and Red Camel-Jordans.nl. So close was the battle for the podium, the CUPRA finished just 47s behind the top two after 16 hours of endurance racing.
The next round of the 24H Series will be the 12H Pergusa on October 10/11.