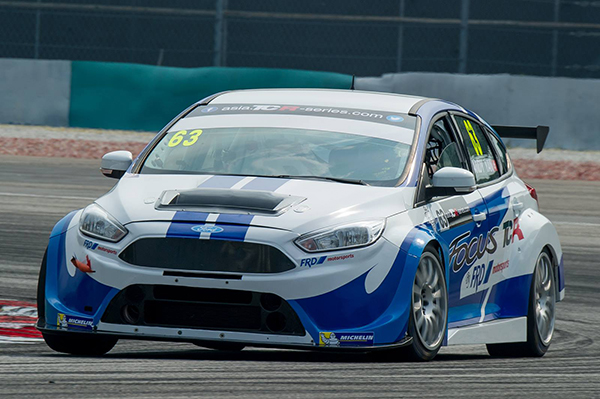 ART Motorsport celebrated with a 1-2 victory the inaugural race of the TCR Asia Series at Sepang International Circuit, in Malaysia.
The two SEAT León cars of the Macau-based team dominated the 10-lap race with Rodolfo Ávila claiming a first historical victory in the brand new series ahead of his teammate Philippe Descombes.
Ávila had set pole position in qualifying, however a bad start forced him to elbow his way through the field in the race, when a fierce battle took place for the top positions.
Andy Yan and his FRD Racing Team Ford Focus was especially impressive in the early stage; the double CTCC champion took a great start and jumped into the lead ahead of Descombes. Yan resisted the pressure from the French, but was forced to retire during the second lap because of a technical issue.
Shortly afterwards, Ávila passed Descombes and took the lead for good. Behind the ART duo there was commotion: Masahiko Ida (Roadstar Racing SEAT) went off onto the gravel trap and rejoined at the back of the field; Eric Kwong (Craft-Bamboo SEAT) and Michael Choi (Prince Racing Honda) were in a close fight for fifth position; Choi’s team-mate Kenneth Lau spun and lost third position; Samson Chan (Roadstar Racing SEAT) and local hero Kenny Lee (Win Hing SEAT) made contact.
While Ávila and Descombes were able to pull away and Choi was comfortably third, interest switched to the fight for fourth place between Kwong and Lau. Eventually Lau managed to beat Kwong by a narrow margin.
The second and third race of the TCR Asia’s inaugural event will take place tomorrow at 11.00 and 14.00 local time (05.00 and 08.00 CET); both races will be streamed live via the official website: www.asia.tcr-series.com.