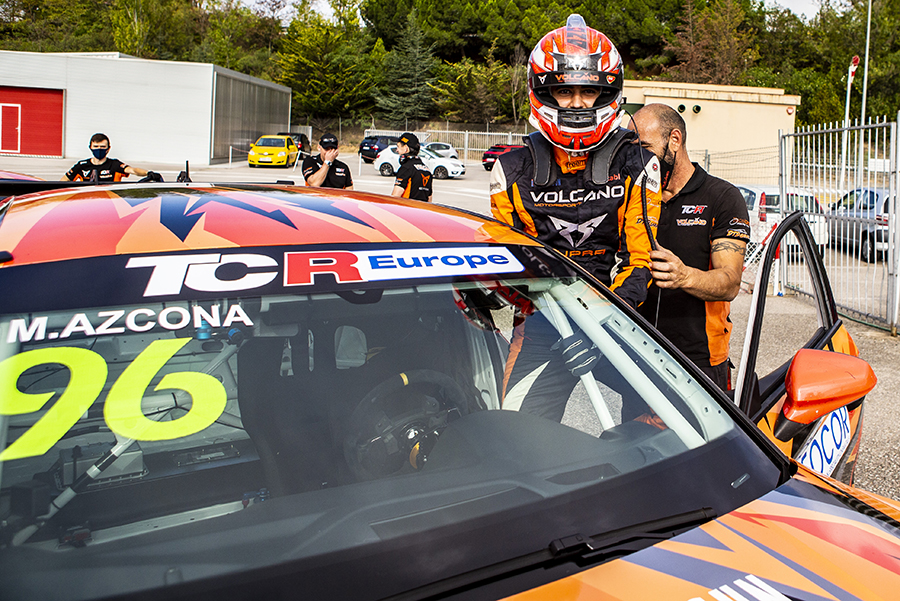 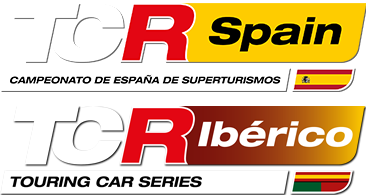 The final event of TCR Spain’s inaugural season at Barcelona will see three guest drivers joining the field: Mikel Azcona, Evgenii Leonov and Gustavo Moura.
Azcona who has recently clinched his second TCR Europe title at the Catalan circuit and his Russian teammate Leonov will drive their CUPRA Leon Competición cars run by Volcano Motorsport; the team has entered a third Leon for Isidro Callejas, another TCR Europe regular who returns to TCR Spain after making an appearance at Jarama in a Peugeot 308.
Moura will be at the wheel of a Hyundai Elantra N entered by P&B Racing in cooperation with GC24 Motorsport, the very same car with which the Portuguese driver has secured the TCR Ibérico Endurance crown last weekend at Jerez de la Frontera.
Mike Halder (Halder Motorsport, Honda Civic Type R) is one step away from securing the TCR Spain title, as he leads the standings with an advantage of 117 points over Alejandro Cutillas (SMC Motorsport, Peugeot 308). However, with 125 points on offer between the Qualifying and the three races, Cutillas’ hopes to prevent Halder from clinching the title are slim.
The event is also valid as the final of the TCR Ibérico trophy in which Cutillas has some more chances to overturn the situation, as he lies 25 points behind Halder with 50 for grasp. Alba Cano (Monlau Competición, CUPRA Leon Competición) and Cutillas’ teammate Fernando Navarrete are still in contention with gaps of 28 and 36 points respectively.
The three races will be streamed live at www.tcr-series.com: Race 1, Saturday at 16:35; Races 2 and 3, Sunday at 12:30 and 16:30 (CET).