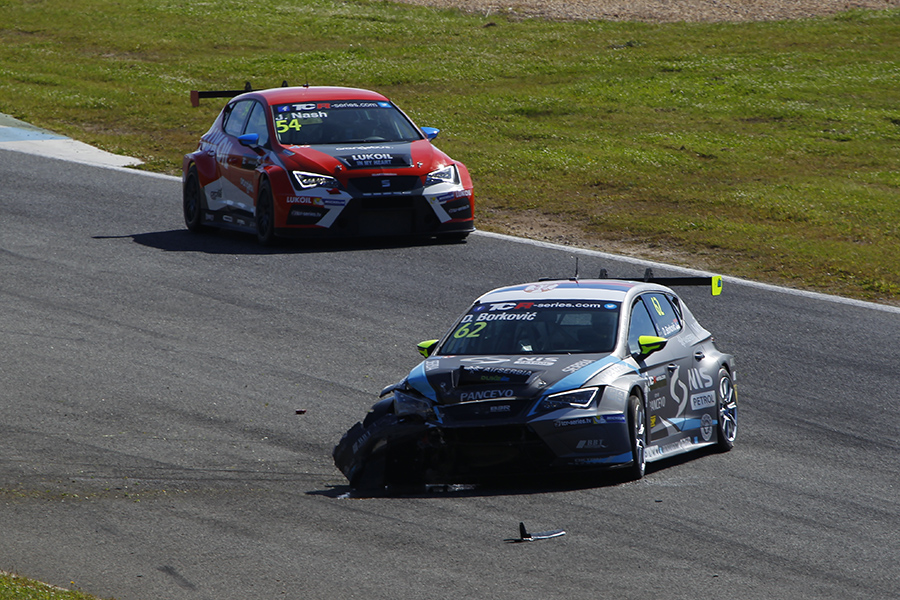 B3 Racing at work to repair Borković’s car

Dušan Borković escaped with only a few bruises by a spectacular crash during today’s Qualifying session at Estoril.
In the early stages of Q1, on his first flying lap, the Serbian lost the back of his SEAT León and crashed head-on into the Armco barrier at Turn 3.

“I don’t really know what happened. I was not pushing particularly hard, I was on my racing line, but all of a sudden there was a lot oversteer. I lost the back of the car and hit quite heavily. I still don’t know if the damage is repairable,” he said.

The B3 Racing Team crew is already at work to try repairing the car that suffered from extensive damage to the front right.