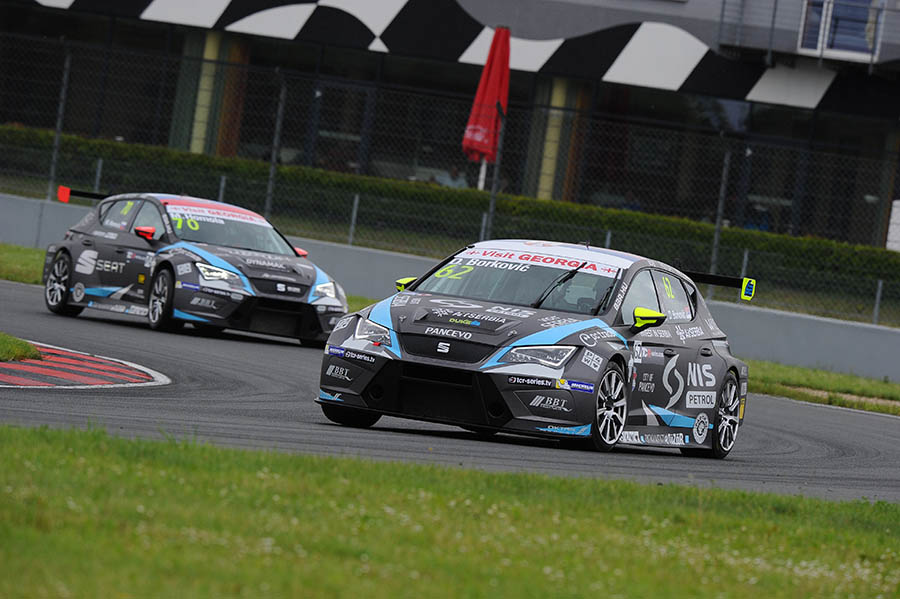 B3 Racing Team cars to be laden by Success Ballast

B3 Racing Team’s Dušan Borković and Mat’o Homola will have the dubious honour of carrying the heaviest success ballasts for the forthcoming event of the TCR International Series at Sochi Autodrom.
The pole position and two second places in the races at Oschersleben last week granted Borković a score of 41 points and therefore his SEAT León cars will be laden by the 30 extra kilos of the maximum success ballast.
Borković’s harvest exceeded by two points only his teammate Homola’s, who won Race 1 in Germany claiming his maiden TCR victory. The young Slovak will be imposed 20 kilos of success ballast in Sochi.
James Nash of Craft-Bamboo Lukoil scored 33 points at Oschersleben, thanks to being third in qualifying and both races. He will carry 10 kilos of ballast, ten less than he had in Germany. The Briton is currently second in the Drivers’ Championship, on equal points with the leader, his teammate Pepe Oriola.
With these success ballasts added to the BoP, the running weights of the three SEAT cars will be: 1345 kg for Borković’s, 1335 kg for Homola’s and 1325 kg for Nash’s.