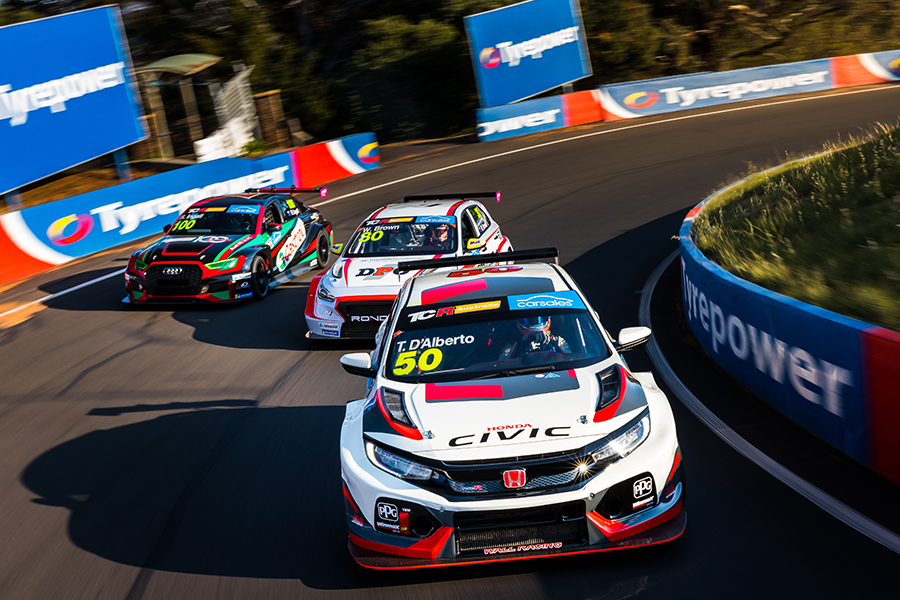 TCR cars will take to the iconic Australia circuit of Bathurst Mount Panorama next year for a 500km race.
To be known as the Bathurst International, the event will feature different categories: TCR touring cars, Trans Am muscle cars, LMP3 sports cars and the locally-manufactured open wheel class S5000. The inaugural Bathurst International is planned to be held late November/early December, 2020.
The new global event is a joint venture between the Australian Racing Group, Motorsport Australia (CAMS) and the Bathurst Regional Council.
TCR teams from around the globe will be invited to compete at the one-off, non-point race, with a capacity field of 55 cars racing for the ultimate prize.

Matt Braid, Director Australian Racing Group, said: “This event was presented as a true opportunity to bring a new international focus to Bathurst. Up to now there have been limited opportunities for international drivers to compete at Australia’s best race-track in cars they are used to racing in their home series. With the variety of categories on offer and a date that comes after most global series have concluded, the Bathurst International will see international drivers, teams and their cars compete head to head with Australia best drivers.”

Bobby Bourke, Bathurst Mayor, added: “We are excited to partner with ARG to bring this exciting new event featuring a range of cars and drivers from all over the world to Mount Panorama. An event of this calibre will bring an international focus to the racing circuit not seen before. Mount Panorama has a reputation as one of the best racing circuits in the world. The international exposure of this event will elevate its prestige and showcase the racing circuit and Bathurst to a global audience.”