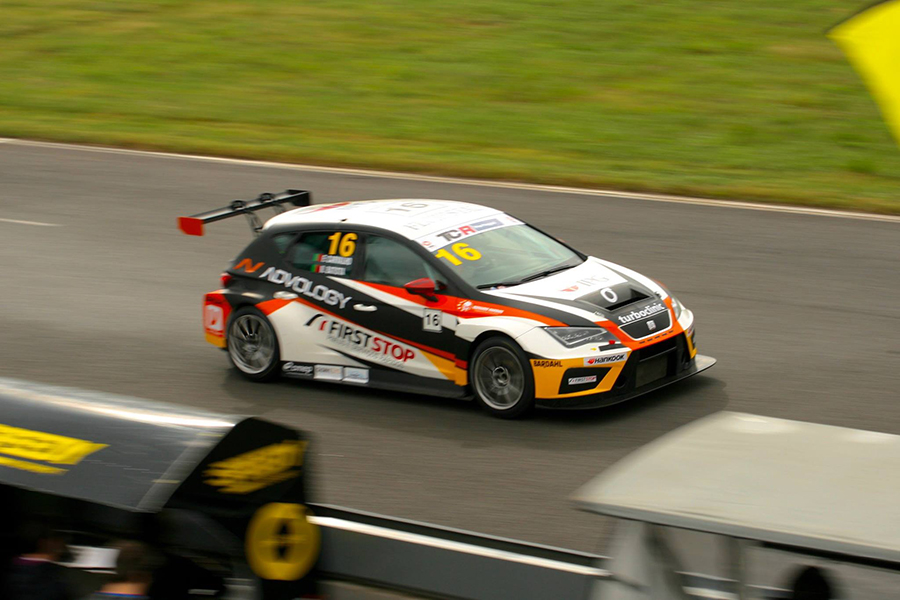 Batista and Carvalho encore in Braga’s races 3 and 4

After sharing victories in Saturday’s races 1 and 2 at Braga’s Circuito Vasco Sameiro, Veloso Motorsport’s Nuno Batista and Francisco Carvalho encored Sunday in races 3 and 4 of the Portuguese CNV.

In Race 3, Mora stalled the engine of his SEAT at the start and rejoined at the back of the field. However, he was able to recover.
After Cesar Machado’s SEAT had led during the opening lap, José Rodrigues’ Honda took over and set the pace for most of the race, chased by the SEAT of Nuno Batista.
On lap 7, Mora overtook Batista for second and three laps later he stole the leadership from Rodrigues; the two made contact and Rodrigues had to hand also the second place to Batista.
In the final lap Rodrigues managed to retain the third position beating José Cabral by a short margin. Machado finished fifth despite transmission problems.
After the end of the race, Mora received a 30-second time penalty for the collision with Rodrigues, thus Batista inherited the victory.

Once again Mora did not take advantage from the pole position in Race 4 and Francisco Carvalho took the lead at the start from Rodrigues. However, Mora managed to overtake Rodrigues by the end of the first lap and left the Honda driver fighting with Rafael Lobato for third.
On lap 4, Mora took the lead from Carvalho, while Lobato overtook Rodrigues for third; moments later Manuel Gião also passed Rodrigues for fourth.
With only two laps to go, Mora’s SEAT retired with a pierced radiator, which handed victory to Carvalho with Lobato and Gião finishing a close second and third respectively.

The championship will resume on 25 and 26 June in Vila Real.