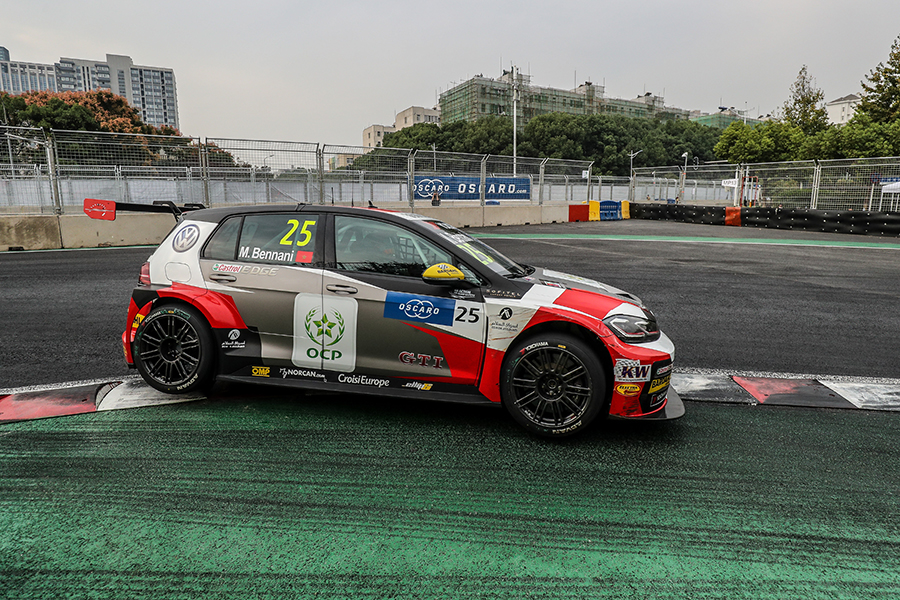 Bennani beats Comte at the last turn to win Race 2

Mehdi Bennani scored his maiden WTCR victory, beating Aurélien Comte at the last turn of the second race at Wuhan Street Circuit.
The Moroccan driver and his Sébastien Loeb Racing Volkswagen Golf GTI had led from the start, but during the two final laps they were under a lot of pressure from Comte’s DG Sport Compétition Peugeot 308. A few hundredths metres from the end Comte made a daring move, hit a tyre stack, pushed the rival’s car and went through. However, he went wide at the last turn and handed the first position back to Bennani, but was able to keep Nathanaël Berthon’s Comtoyou Racing Audi RS3 LMS at bay for the second place. The top three crossed the finishing line within six tenths from each other.
Behind them, Pepe Oriola held fourth ahead of Jean-Karl Vernay, Frédéric Vervisch and Aurélien Panis; Ma Qing Hua recovered to finish eight after brushing a wall at the start and was followed by Denis Dupont and Yvan Muller.
Among those who didn’t finish were Gordon Shedden who will start from the pole in Race 3 and was pushed off by another car at the start, Thed Björk who was hit by John Filippi and retired and Gabriele Tarquini who was stopped by a technical issue.
In the title fight, Vernay closed the gap further from the leaders. Tarquini is still on top of the standings with 241 points, followed by Björk and Muller who are equal on 233; Vernay’s tally has reached 205, while Oriola (197) moved up to fifth ahead of Norbert Michelisz (195).
The third races will start at 17:05 local time (11:05 CET).