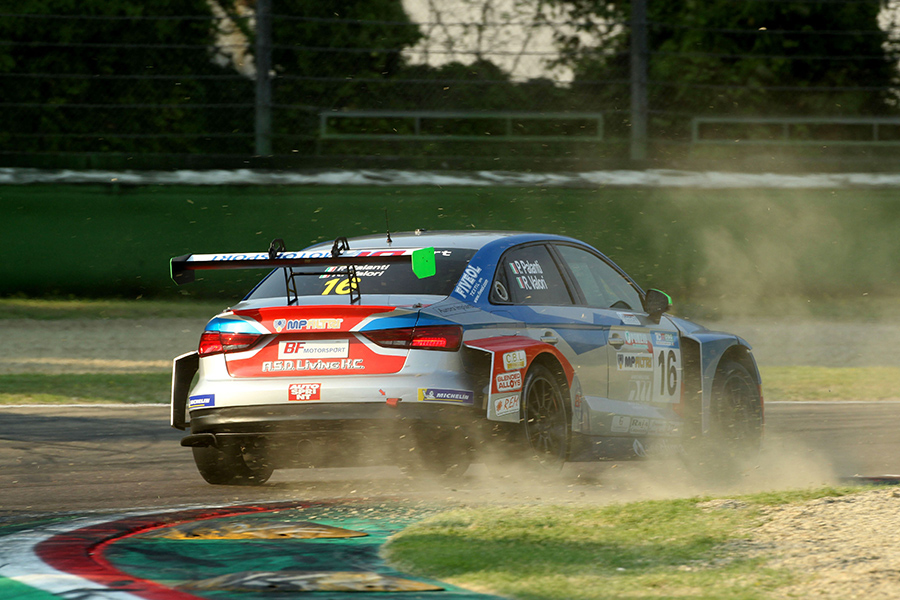 BF Motorsport to field an Audi in TCR DSG Europe

The BF Motorsport team has confirmed it will run an Audi RS 3 LMS for Paolo Palanti and Ronnie Valori in both this year’s TCR DSG Europe series and the TCR DSG Italy championship.
The Italian squad, which are also front-runners in the TCR Italy championship, will field the car for the pair which had already raced together in the fifth round of last year’s DSG championship at Imola. The duo just missed out on a podium that day, when a late-race brake problem dropped them down to seventh.
As well as competing in last year’s DSG Italy championship, Palanti drove in the 2017 Italian Touring Car Championship, finishing sixth in a SEAT León ST.
His co-driver will be 29-year-old Valori, whose background is mostly from sports car and endurance racing. He ranked 10th in the 2016 Italian GT Championship standings driving a Lamborghini Gallardo GT3.

“We had finalised our programme for this year’s series all the way back in January,” said Palanti. “I’m happy to race with Ronnie because he’s a fast driver and we get along very well together both on and off the track. We’re more than ready and confident that we can be competitive.”
The team is currently in negotiations with other drivers with the aim of running a second car.