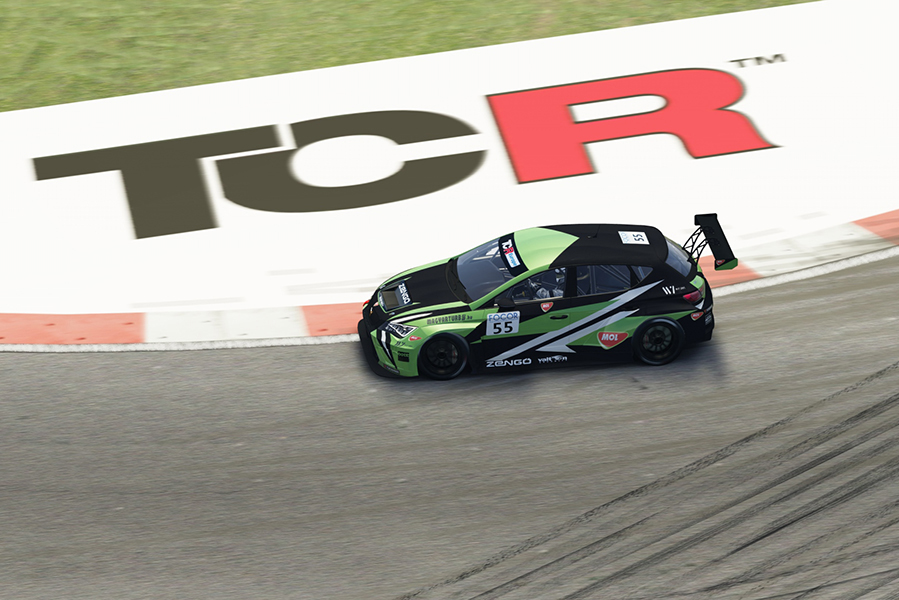 Just like after the previous events, a rain of penalties hit the competitors of the TCR Europe SIM series following the two races on the virtual Hungaroring.
The major change affected Race 2, with the winner Mat'o Homola demoted to fourth by a 10-second penalty for an incident with Bence Boldizs. Thus, the latter inherited victory and 11 additional points in the standings that moved the Zengő Motorsport driver 21 points behind the leader Dániel Nagy. Homola's penalty also meant that Jimmy Clairet and Gilles Magnus advanced to second and third.
Other penalised top finishers in Race 2 were Julien Briché (dropped from 5th to 6th), Niels Langeveld (from 6th to 16th), Andreas Bäckman (from 8th to 13th) and Victor Davidovski (from 10th to 14th).
More drivers were penalised for the happenings in Race 1, including Aurélien Comte - second behind Nagy - who was excluded for using the ESC key during Qualifying. Langeveld, third at the end of the race was dropped to fourth by a 10-second penalty for hitting Homola. And so Tamás Tenke and Jimmy Clairet inherited second and third respectively.
The situation in the standings sees Nagy in the lead with 205 points, followed by Boldizs (184), Tenke (161), Magnus (143). The Clairet brothers moved up to fifth (Teddy, 122 points) and sixth (Jimmy, 118 points), while Homola was demoted from sixth to seventh (117 points).

Boldizs was also the best scorer in the event (69 points against Jimmy Clairet’s 68) and so won the two free Yokohama tyres for the third race meeting of the real-life TCR Europe series; Nagy and Magnus had won the free tyres in the two previous SIM Racing rounds.