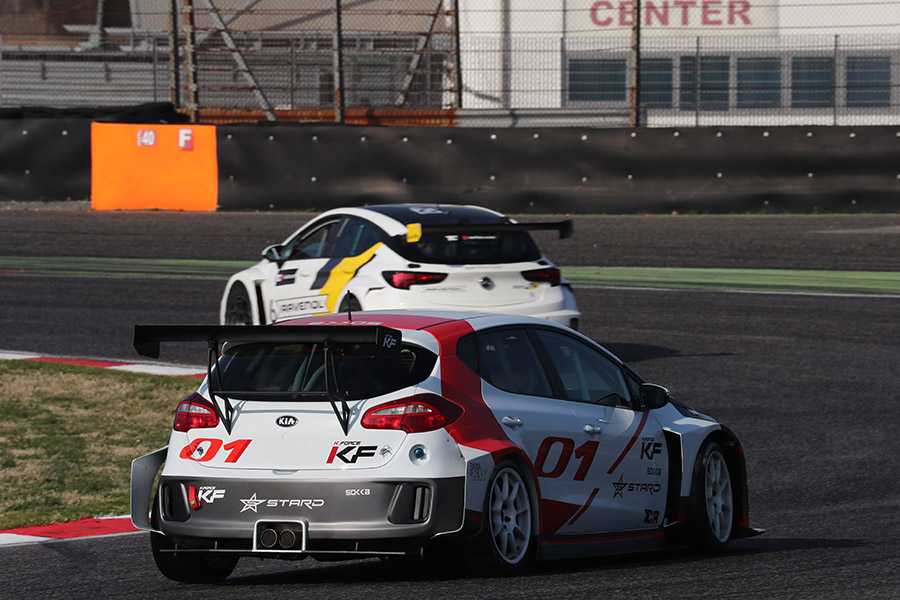 The TCR Balance of Performance test began today at Adria International Raceway.
The brands represented appointed their own test drivers to set up the cars before the official TCR testers Nicola Larini and Andrea Belicchi took over to go through the BoP programme.
The list of test drivers included: Mario Ferraris in the Alfa Romeo Giulietta, Swiss lady Rahel Frey in both the Audi RS3 LMS DSG and SEQ cars, Roberto Colciago in the Honda Civic, Mike Halder and Janis Baumanis in the KIA C’eed, Pierre-Yves Corthals in the Opel Astra, Aurélien Comte in the Peugeot 308, Miguel Molina in the SEAT León DSG, Jordi Gené in the SEAT León SEQ, Luigi Ferrara in the Subaru WRX STi and Dieter Depping in both the Volkswagen Golf GTi DSG and SEQ cars.
The FRD Motorsport-built Ford Focus that was also due to join the test did not show up as it still stuck in Amsterdam because of a problem with custom clearance.
The test will continue tomorrow.

A selection of pictures is available here.