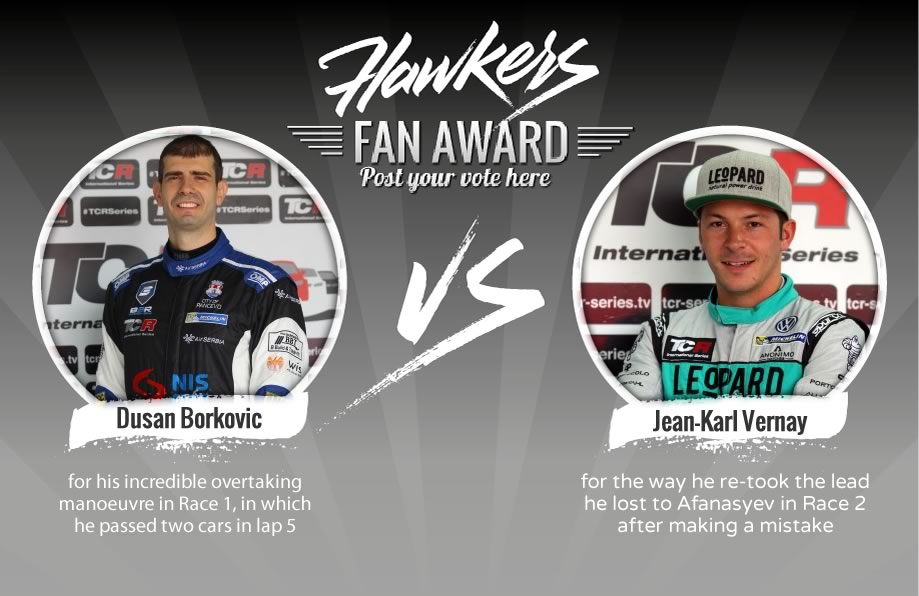 Dušan Borkovićand Jean-Karl Vernay were the two drivers nominated for the fifth round of the Hawkers Fan Award.
Following the eventful race meeting at the Salzburgring, the panel of the jurors nominated them for two different episodes: Borković for an overtaking manoeuvrein Race 1 and Vernay for making up for a mistake in Race 2.

Dušan Borković – for his incredible overtaking manoeuvre in Race 1, in which he passed two cars in lap 5

Voting is possible until midnight of Tuesday, June 7. The final results will be shown on the website on the following day.