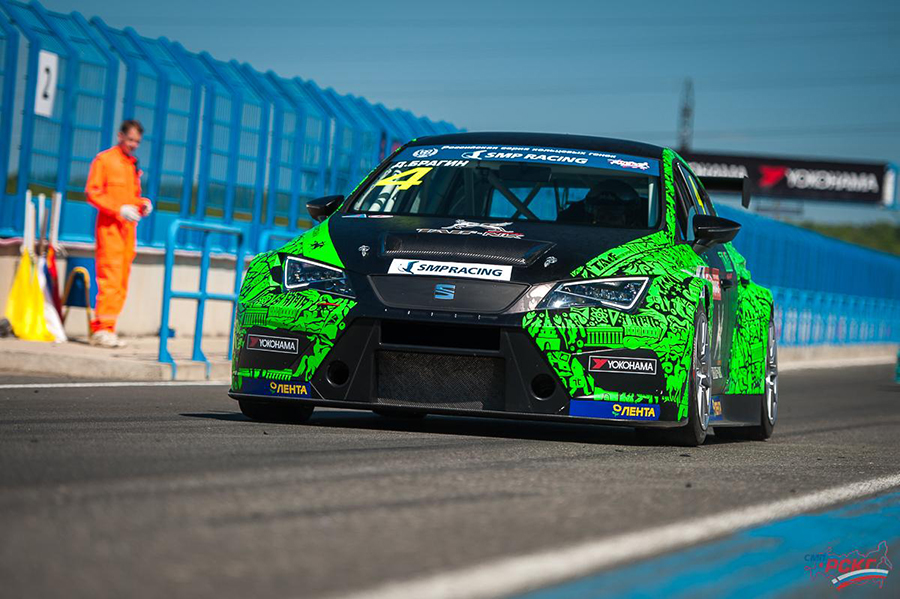 In a close qualifying session, Dmitry Bragin managed to beat the reigning champion Aleksey Dudukalo in the fight for pole position in the Russian Circuit Racing Series opening round at Smolensk Ring.
Eight SEAT León cars were entered in the Touring class that is reserved for TCR-spec vehicles, and they claimed the first eight positions ahead of the Super Productions that completed the field.
From the beginning of the 20-minute session, Bragin (TAIF Motorsport) and Dudukalo (Lukoil Racing Team) set the pace, improving their lap times consistently, although Nikolay Karamyshev (Lukoil Racing Team) was not far behind them.
Bragin set a provisional fastest lap of 1:33.848 that was soon beaten by Dudukalo’s 1:33.784. However, Bragin managed to retake the lead in the timesheet on his second timed lap, improving to 1:33.506.
After a pit stop for new tyres, Bragin improved further to 1:33.394, which was good enough to win pole position, as Dudukalo’s last attempt (1:33.550) only granted him the second place on the grid for Race 1. Karamyshev qualified in third (1:34.014) ahead of Lev Tolkachev (1:34.639) and Irek Minnakhmetov (1:34.758).
The first race will start this afternoon at 14:10 local time (13:10 CET) and will be streamed live on www.tcr-series.tv.