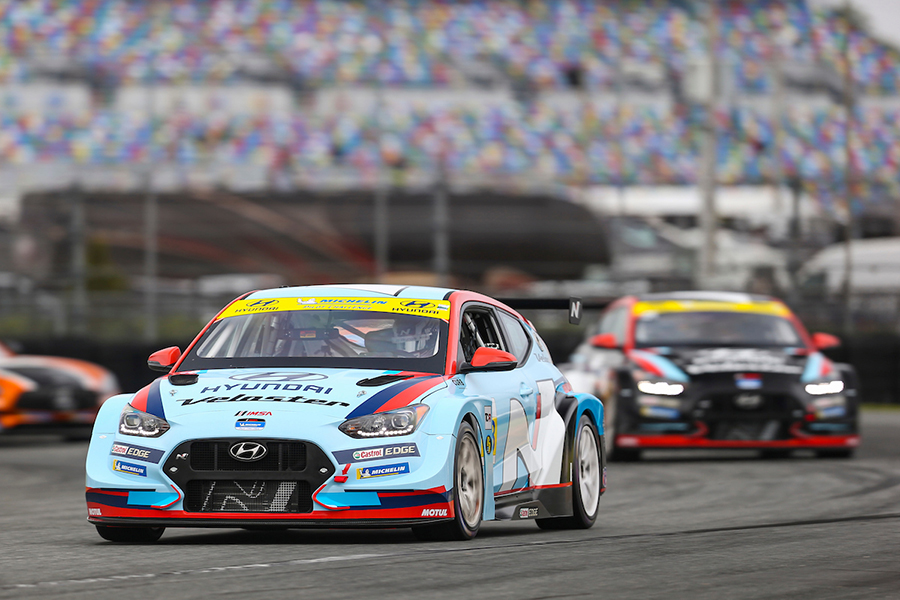 Bryan Herta Autosport with Curb Agajanianwill field three cars in the attempt of defending the TCR class of the IMSA Michelin Pilot Challenge. The team will run three Hyundai Veloster N cars in the series that kicks off Friday with a four-hour race at Daytona.
All four BHA drivers from 2019 will return to the roster, however the line-up has changed. Mark Wilkins and Michael Lewis who co-drove the #98 Veloster to the 2019 Drivers championship will be split up for 2020. Lewis will remain in the #98, now with Mason Filippi and Wilkins will co-drive with Harry Gottsacker in the #21. The new entry is the #88 that will be driven by open wheel standouts Gabby Chaves from Colombia – who set the fastest lap two weeks ago in the official test session – and Ryan Norman.

Team owner Bryan Herta commented: “Hyundai has very quickly established themselves as serious competitors in worldwide motorsports, across multiple platforms. Bringing back our champions, Mark Wilkins and Michael Lewis, along with race winners, Mason Filippi and Harry Gottsacker, for another season was a no-brainer. Having another incredible pairing in Gabby Chaves and Ryan Norman is sure to make us even stronger this season.”