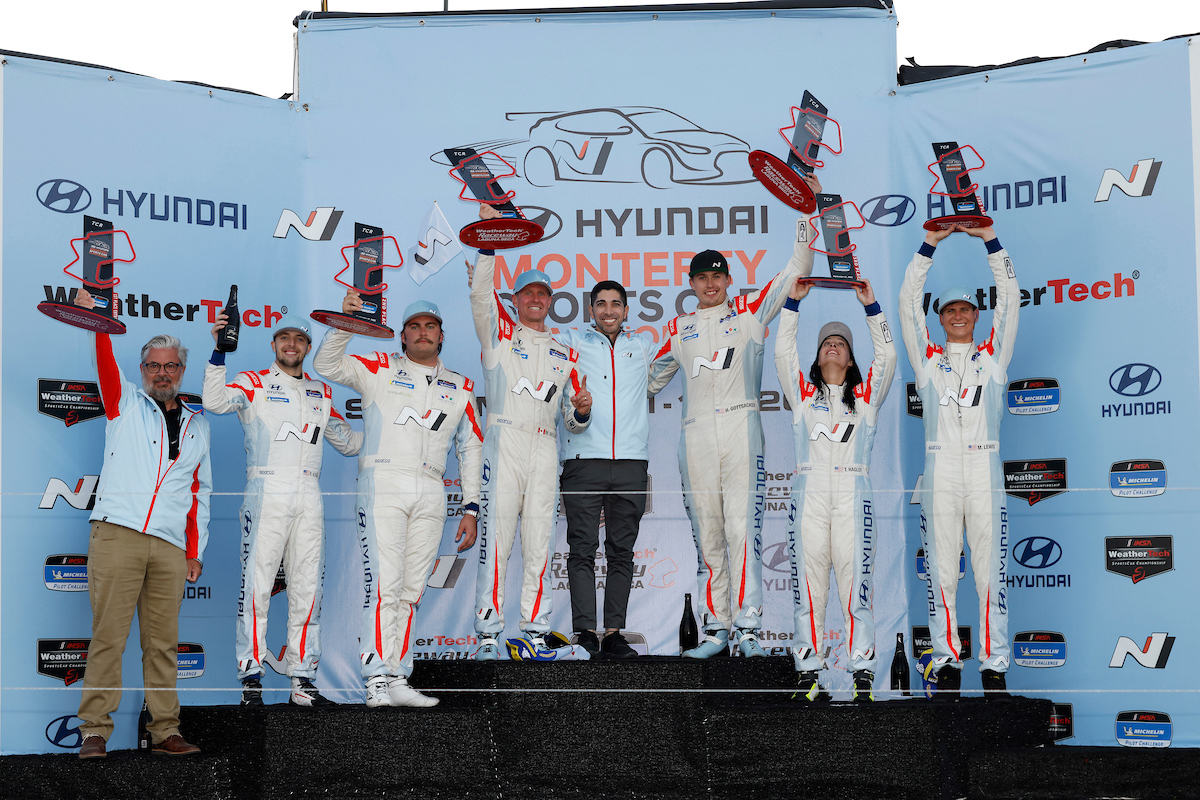 The eighth round of the IMSA Michelin Pilot Challenge in Laguna Seca ended with the Hyundai cars run by Bryan Herta Autosport with Curb-Agajanian sweeping the podium of the TCR class.
Mark Wilkins passed teammate Parker Chase on the penultimate lap to lead a 1-2-3 for the team; patience was the key for Wilkins, who stalked Chase for several laps before making his move.

“It was a race of patience, just getting a little bit back on Parker,” said Wilkins, who co-drove the #33 Hyundai Elantra N with Harry Gottsacker. “When I got to him, I had to figure out where I was going to pass. We couldn’t be too risky. He put up a great race. We had a little bit more than they did at the end.”

Chase held on for second place, finishing 2.3-seconds behind Wilkins in the #98 Elantra co-driven with Ryan Norman, while TCR points leaders Michael Lewis and Taylor Hagler were classified third in the #77 Hyundai Veloster N.
Lewis and Hagler hold a 180-point lead over Chase with two races remaining, while the pair of Gottsacker-Wilkins moved into the third position, 280 points behind the leaders. Roy Block and Tim Lewis, who were second in the standings before the race on equal points with Chase dropped to fourth, as they were classified 13th after their KMW Motorsports Alfa Romeo Giulietta retired early in the race.
The Michelin Pilot Challenge season resumes on October 9 at Virginia International Raceway.