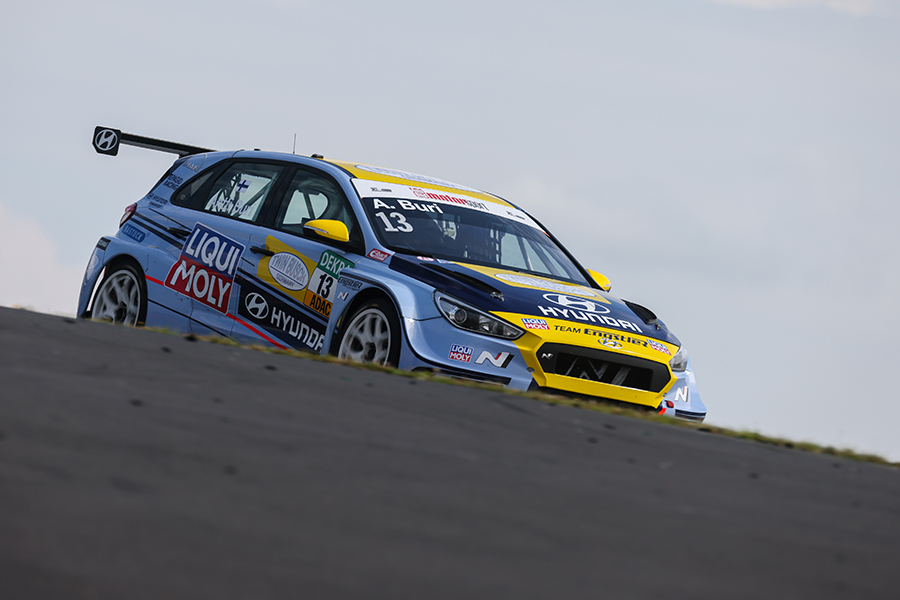 Buri wins Race 1 from Proczyk who takes the points lead

The first TCR Germany race at the Red Bull Ring ended up in a Hyundai parade, with Anti Buri leading Harald Proczyk, Mitchell Cheah, guest driver Patrick Simon and Jan Seyffart. As Dominik Fugel, the championship leader, finished last following a collision with Seyffart, the standings are now led by Proczyk who has a five-point advantage over Buri, while Fugel has slipped down to third, six points behind. But he will start from the pole position in tomorrow’s Race 2.
At the start, Buri was fastest than pole sitter Cheah and took the lead, from Proczyk and the young Malaysian. Behind this trio, Seyffart, Simon and Sandro Soubek were fighting for P4, while Dominik Fugel, started from the back of the grid due to an engine change, recovered up to seventh.
In lap 2, Soubek’s Audi slowed down and stopped along the track, while Cheah was able to pass Proczyk for P2, but the Austrian immediately retook the position. Buri benefitted from their fight to create a small gap, while Dominik Fugel passed Simon for P5 and began chasing Seyffart and Cheah.
In lap 8, Cheah pulled away from his pursuers; Dominik Fugel tried to pass Seyffart on the outside line, they made contact and Simon moved into P5 ahead of Fugel who then pitted with damage to his car following the collision with Seyffart and rejoined after three laps.
In lap 13, after they have swapped positions a couple of times, Simon passed Seyffart for P4.
In the two final laps, Proczyk closed in on Buri, but the Finn managed to keep a small advantage to prevent his rival from trying an overtaking move.
Race 2 will start at 11:35 on Sunday (CEST), live streaming at www.tcr-series.com.