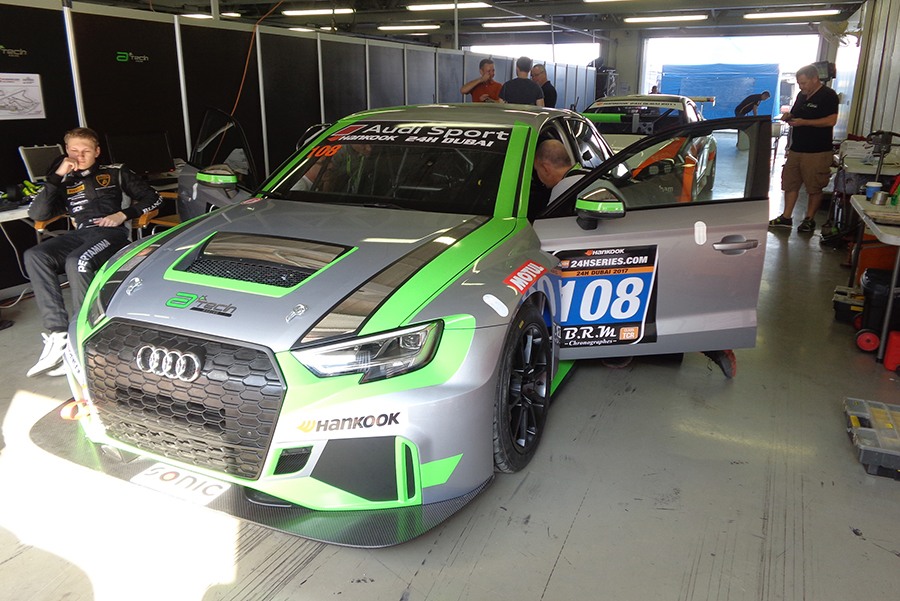 CadSpeed Racing in cooperation with A Tech will be the first team to run the brand new Audi RS 3 LMS TCR. Besides entering the German sedan in the 24H Dubai – opening round of the TCR Series – the EAU-based outfit will also take part in the TCR Middle East Series inaugural event.
The Audi will be driven by touring car veteran James Kaye who amassed lots of experience during his long career. After clinching five British titles in the Eighties – four in the Production Saloon Car Championship and one in the Ford Fiesta Cup – Kaye became a regular competitor in the British Touring Car Championship, winning the Independents’ title twice (1992 and 1994) and the Production Class title once (2002). He was also a member of the Honda UK factory team.
Kaye knows that all eyes will be on him: “It is very exciting to work in close cooperation with the people of Audi Sport. They are very keen to support us and want to collect as more data as possible to help in the final development of the car.”
CadSpeed will receive a second RS 3 by mid February. “Our priority is the TCR class of the 24H Series. However, we have already been contacted by drivers who want to race in the TCR Middle East. So, it is quite probably that at least one of our cars will take part in the whole series.”