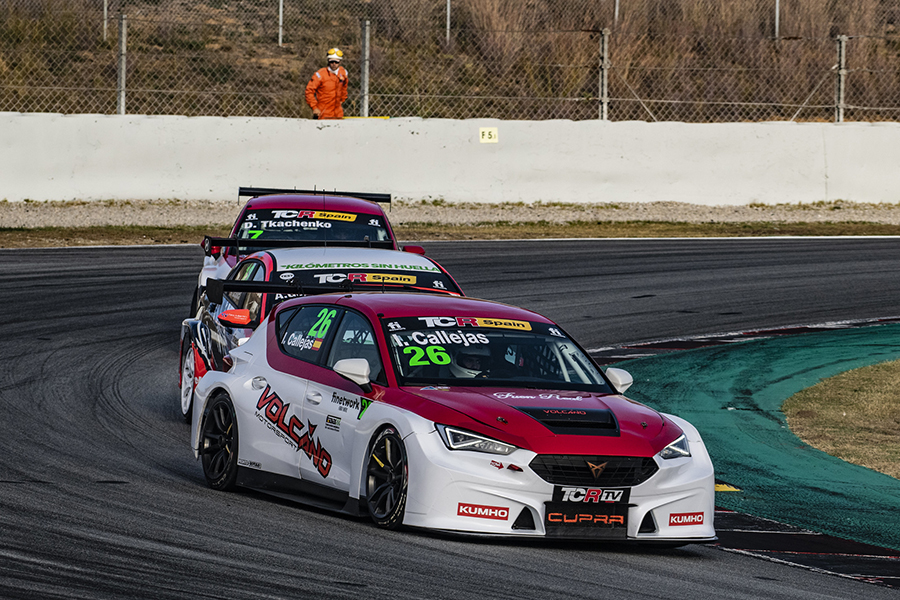 Isidro Callejas was crowned champion of TCR Spain already after the first of the three races at Circuit de Barcelona-Catalunya. He then completed his triumphant season with victories in the two other races of the weekend, bringing his tally to 10 wins from 15 races.

At the wheel of his Volcano Motorsport-run CUPRA Leon Competición, Callejas topped the Qualifying and scored his eighth win of the season in Race 1, leading from the lights to the flag. Behind him Alejandro Geppert passed Daniel Tkachenko for second and then tried to chase Callejas, but eventually finished two seconds behind.

Their duel continued in the second race, with Geppert’s Teo Martín Motorsport Hyundai Elantra starting from the pole and leading until the final lap, when Callejas clocked the fastest time and beat his rival in the sprint to the line by less than five tenths.

Geppert took the lead again at the start of the last race, however during the second lap him and Callejas made contact. Geppert got the worst of it and spun; he was able to rejoin and tried to recover the second place but finished third, four seconds behind Tkachenko, while Callejas claimed his third victory of the weekend.