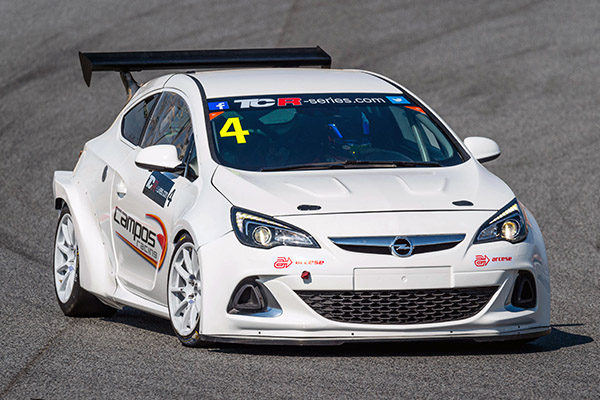 Campos Racing confirmed today the programme for running Opel Astra OPC cars in the 2015 TCR International Series.
The Spanish team will enter two cars in the first two events of the season that will support the Formula 1 Grands Prix of Malaysia at Sepang and China at Shanghai. Campos Racing’s line up will expand to a third car from the first European race meeting that will take place at Valencia on May 3.
The first driver selected was Igor Skuz from Ukraine who was crowned twice a national champion in the Touring Light class (2011 and 2012). In the two latest seasons, Skuz took part with Campos Racing in the FIA European Touring Car Cup and in 2014 he managed to score two race wins and finish third in the Super 2000 TC2 Turbo class.
The names of Skuz’s team-mates will be announced later.

Team Principal Joan Orús said: “This is a new adventure for Campos Racing and we are very much looking forward to it, because we really believe that the TCR International Series represents a great opportunity for our team to further increase its reputation. We are also very pleased to retain Igor Skuz who has consistently improved since he switched to international competition with us three years ago.”

Marcello Lotti, CEO of WSC Ltd, added: “We are very pleased to welcome Campos Racing that is a very experienced team. The Astra OPC has clearly a great potential and we wish them the best success.”