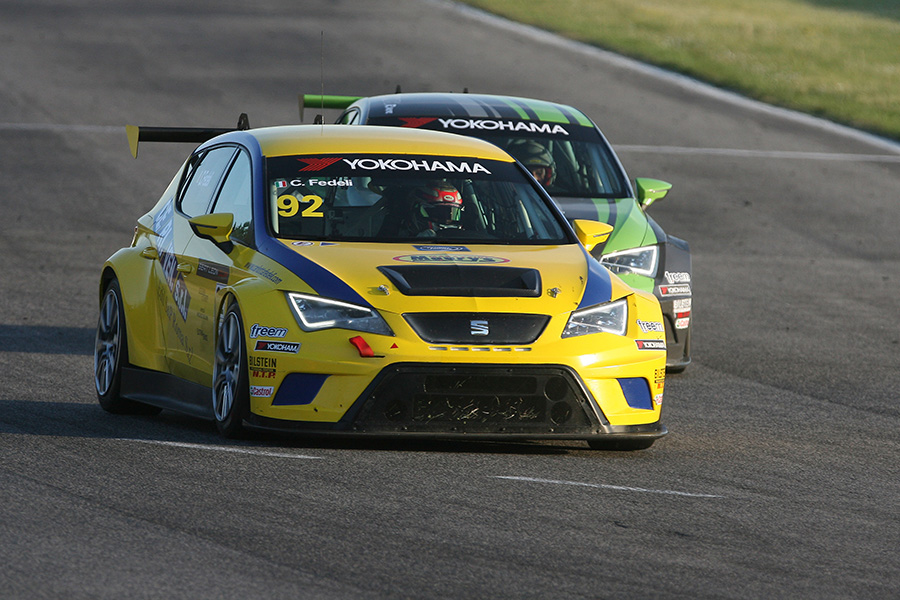 Two Italian drivers will join the TCR International Series field for their home event at Imola, this weekend. Carlotta Fedeli and Diego Romanini will drive a couple of SEAT León cars run by B.D. Racing Motorsport.
Fedeli, 24 years old from Rome, has built enough experience in recent years, taking part in SEAT Italia’s one-make trophies. She was classified a brilliant sixth in the 2014 Ibiza Cupra Cup and improved to fifth last year; in both seasons she managed to claim podium results at Imola.
She has been upgraded to the León Cup for the current season, achieving an outstanding third place for B.D. Racing in the opening round at Adria.
A former competitor in the FIA Touring Car championships and the Superstars Series, the experienced Romanini will return to the TCR International Series after making a few appearances last year in a Ford Focus.
B. D. Racing will field a León TCR for Fedeli and a Cup Racer for Romanini; the team directed by Davide Bernasconi had already visited the TCR International Series last year, running Antonio D’Amico’s SEAT at Monza.