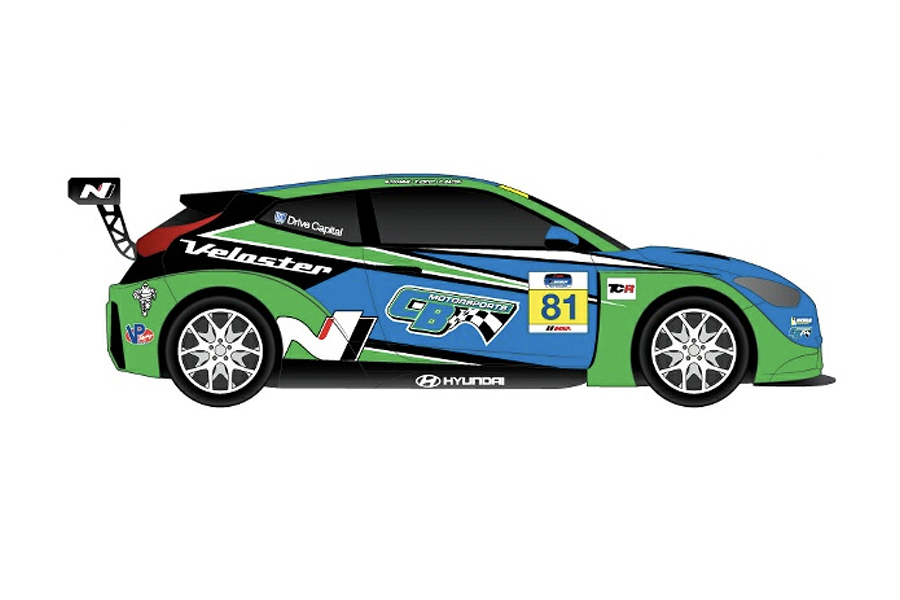 CB Motorsports will make its IMSA Michelin Pilot Challenge debut in the season’s opener at Daytona International Speedway. Drivers Caleb Bacon, Mark Kvamme and Trenton Estep will be behind the wheel of the #81 Hyundai Veloster N TCR.
Kvamme and Estep are slated as the full-season pairing for the TCR class campaign and the team is looking to add a second car later in the season.

"I am looking forward to returning to Daytona with CB Motorsports," said Kvamme, "While I have driven an assortment of cars at Daytona, the Hyundai Veloster N TCR will be a new and exciting challenge. The TCR class has some of the closest racing in IMSA, and I got a taste of that with a few outings in 2019. Returning to the TCR field with Caleb and Trenton as my teammates is an exciting opportunity. They are talented drivers that I get to work with. Together, we have a great chance to fight our way to a podium and open the season on a high note."

Estep is the 2018 IMSA Porsche GT3 Cup Challenge USA champion who will make his TCR debut with CB Motorsports. "I know my co-driver Mark Kvamme well and we work well together," Estep said. "I’m excited to be alongside him and to start working with Caleb as well. Mark has become a mentor of mine on and off the track, and our journey in Michelin Pilot Challenge is a new chapter for us both."

Bacon is the grandson of Al Bacon, a four-time GTU class winner at the Rolex 24 At Daytona (1989, 1991, 1992 and 1993); the younger Bacon will turn 16 just before the Daytona race when he makes his Pilot Challenge debut. "I’m really excited to be joining IMSA, I know that the Michelin Pilot Challenge series is very competitive, but with my knowledge of the Hyundai Veloster I’m hoping that I will be able to adapt quickly," he said.