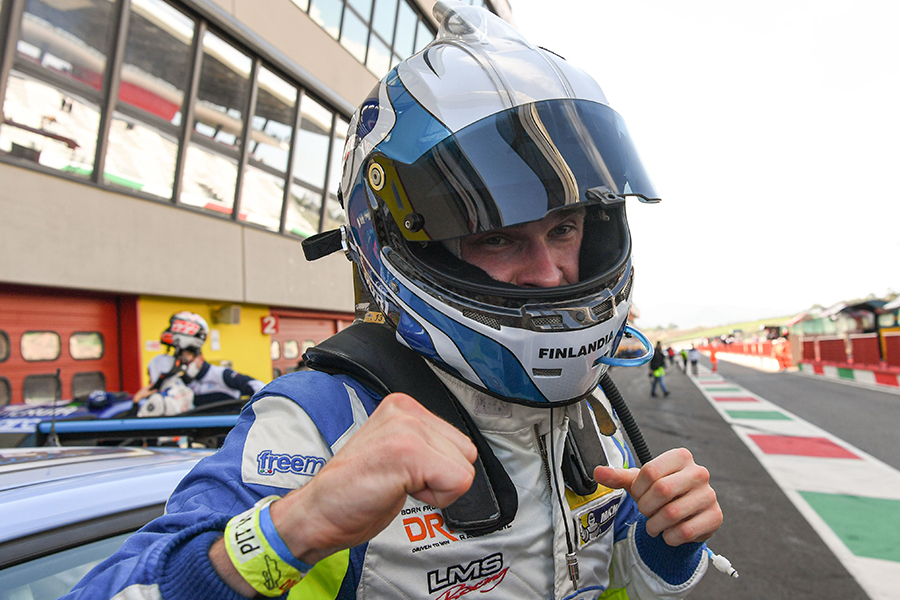 Ceccon wins the last race, but Buri is champion by one point

Kevin Ceccon claimed an authoritative victory in TCR Italy’s last race at Mugello, but Antti Buri finished second behind him and clinched the title, beating Ceccon by one point.
At the start, Matteo Poloni sprinted from the pole position ahead of Michele Imberti. Behind them there was contact at Turn 1 between Marco Iannotta and Nicola Baldan with the latter pushed wide to collect Eric Brigliadori. Both Baldan’s Hyundai and Brigliadori’s Audi went crashing into the wall and the safety car was deployed.
Racing resumed in lap 4, with Poloni leading from Imberti and Ruben Volt; the three title contenders followed: Ceccon fourth ahead of Buri who had passed Salvatore Tavano for fifth.
Action lasted only one lap before the safety car hit the track again, after Fabio Antonello’s Hyundai crashed into the wall.
At the restart, in lap 7, Imberti stole the lead from Poloni; behind them there was a tough fight between Buri, Ceccon, Volt and Poloni, with Volt making contact with Poloni and hitting Ceccon.
As the battle raged on, Ceccon moved into second ahead of Buri who dropped to fifth behind Poloni and Volt. The Finn recovered to fourth as he passed Poloni in lap 9, but again positions swapped as Sandro Soubek and Tavano joined Volt, Poloni and Buri in the fight for P3.
In lap 10, Buri overtook Volt for third and two laps later the young Estonian was also passed by Soubek and Tavano.
Buri began to close the gap from the leading duo, which pushed Ceccon to act and pass Imberti for the lead in lap 13. However, during the final lap, Buri passed Imberti to finish second, securing the champion’s crown. The Finn disrupted Tavano’s winning streak in TCR Italy after three consecutive titles, but the three-time champion abdicated with honour, finishing the race in fourth position behind Imberti and ranking third in the final standings, 15 points behind his successor.