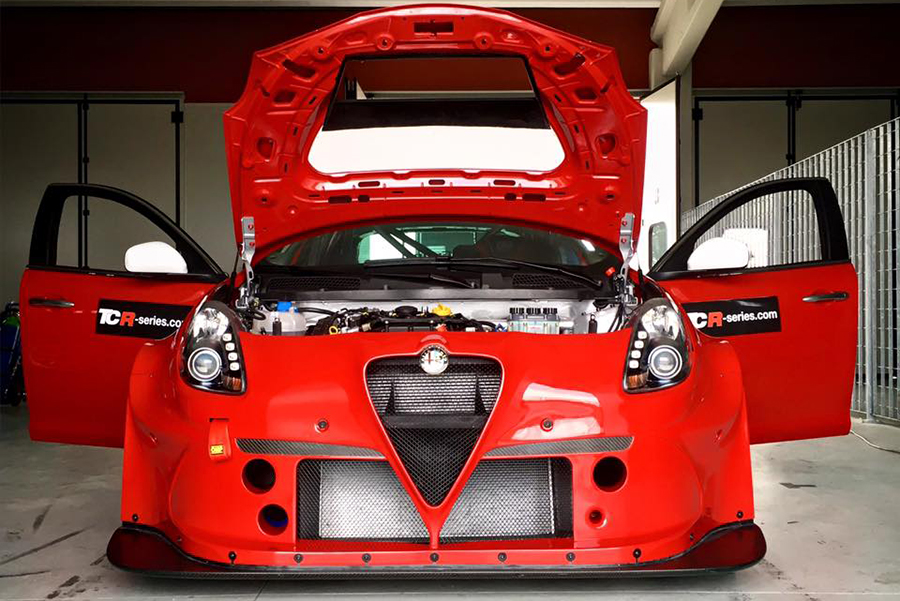 After skipping the two previous events in Spa and Imola, Mulsanne Racing will rejoin the TCR International Series this weekend in Austria. At the Salzburgring, the Italian team doubles its commitment and fields two Alfa Romeo Giulietta TCR cars, with Petr Fulín joining the team’s regular driver Michela Cerruti.
During the latest month the Romeo Ferraris engineering company has worked flat out to both develop the Giulietta TCR and build a second car. This phase was completed by a successful test yesterday at Cervesina’s Tazio Nuvolari circuit, where Cerruti and Fulín took the wheel of the two cars that have been significantly upgraded since the latest appearance at Estoril and painted in a bright red.

Said Cerruti: “The team has worked a lot to improve performance, aerodynamics and handling. The most important changes are about the front suspension and the front part of the bodywork, with a new splitter and larger cooling intakes. During yesterday’s test the car proved to be faster and reliable. We will see how much we have improved only when we face the competitors on the track, but I am moderately optimist.”

Twice winner of the FIA European Touring Car Cup (2013 and 2014), Fulín drove the Alfa for the first time. The Czech driver has built himself a solid reputation in Touring Car competitions, and over the last two seasons has switched to front-wheel drive, racing a SEAT León TCR in the ETCC; he was runner up last year and is currently leading the standings.
“Running a second car was one of our goals, and I believe that having an experienced driver like Petr will help the team to make a further step ahead,” Cerruti added.