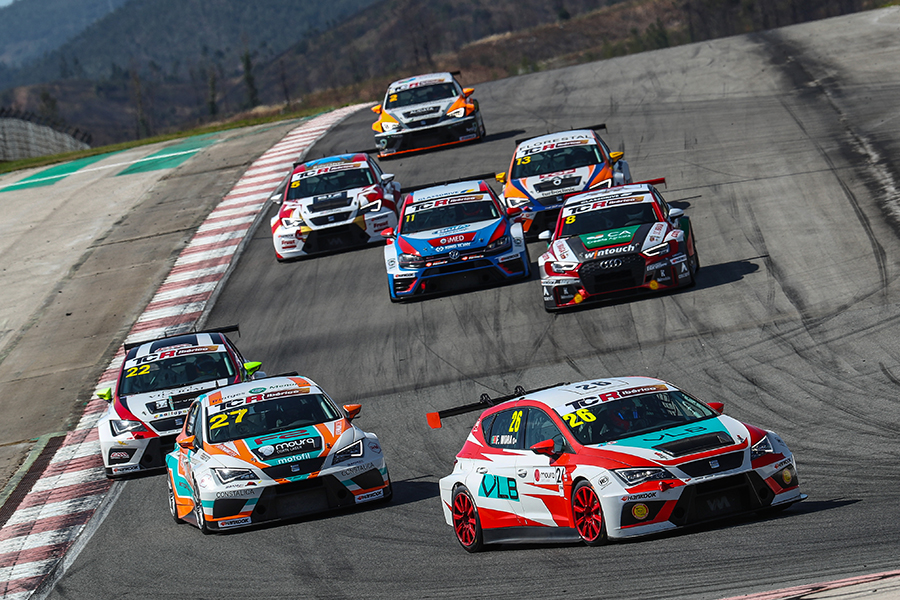 Change of schedule for the 2019 TCR Ibérico

The 2019 TCR Ibérico’s schedule has been amended after the cancellation of two events organised by VdV Sports: at Barcelona (23/24 March) and Navarra (7/8 September).
The TCR Ibérico’s calendar will stay on four events, as the two that have been cancelled will be replaced by race meetings at Estoril (13/14 April) and Barcelona (20/22 September). In the latter one, the TCR Ibérico competitors will join the grid of the TCR Europe Series.
The other two events that were already included in the original calendar are Vila Real (5/7 July) in the frame of WTCR and Portimão (26/27 October) in support of the European Le Mans Series.
Promoter Paulo Ferreira explained: “Following the cancellation of the VdV Sports events we have reached an agreement with the Portuguese National Sporting Authorithy FPAK for establishing a TCR Class within the Portuguese Racing Open at Estoril and Vila Real. And on top of this we took the opportunity to join the TCR Europe Series at Barcelona.”
The promoter also confirmed that 60,000-euro prize money will be awarded: 30,000 to the overall winner and 30,000 to the winner of the DSG class. The prize money is bound to the participation in the 2020 TCR Europe Series.