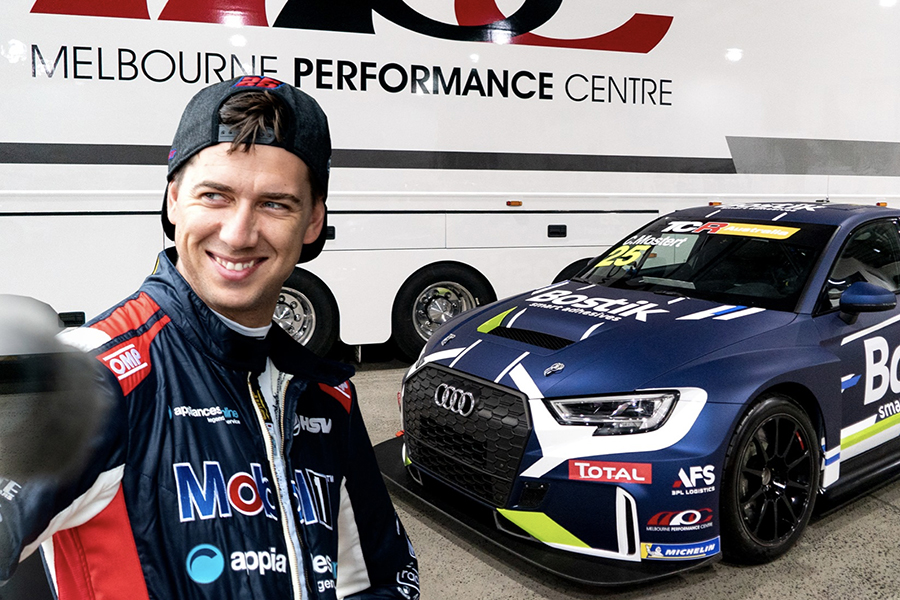 Chaz Mostert will compete in the opening round of TCR Australia at Symmons Plains Raceway.
Mostert, the 2014 Bathurst 1000 winner and regular in the Supercars Championship, will drive an Audi RS 3 TCR, run by Melbourne Performance Centre.
The Queenslander will get his first taste of the Audi at Phillip Island today in the official season-opening test session.
While Mostert is regarded as one of the leading stars of the Supercars Championship, he is no stranger to competition outside of Supercars. He has driven in GT events in Australia and around the world, and also tested a Hyundai i30 N TCR car back in 2018.

“It’s great to get back into a race seat and start the season nice and early down at Symmons Plains,” said Mostert. “Melbourne Performance Centre have put this deal together for me, and it’s great that I will have the chance to get some early miles for 2021. TCR is a pretty cool series. Racing door to door is what all drivers want to be involved in. I’m excited to drive the Audi. At this stage, I’m locked in for the test at Phillip Island and the first round at Symmons Plains. We’ll see how the year pans out, but as a driver, you want to be in car, so excited to come down and get some laps and kick off the new year driving a new race car.”