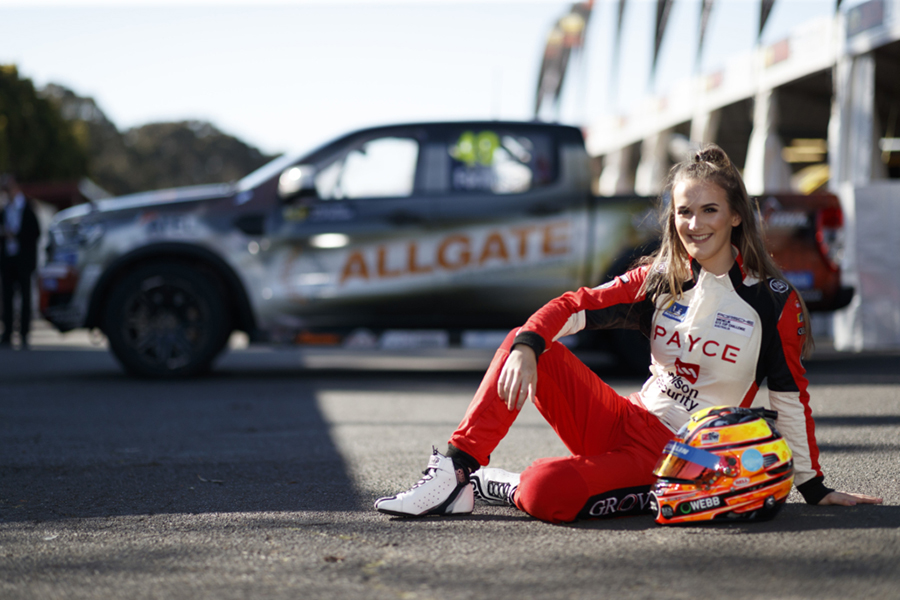 After Alexandra Whitley and Molly Taylor, Chelsea Angelo was the third lady driver to secure an entry in the inaugural TCR Australia Series.
Angelo, 22, will drive an Opel Astra amongst a four-car strong Kelly Racing outfit. Alex Rullo will drive the other KR-prepared Astra entry, while Molly Taylor will drive one of the Subaru WRXs.
Angelo is one of Australian motorsport’s most experienced female racers, having cut her teeth through the ranks in Formula Ford, Super2 Supercars and Porsche racing. Angelo was at the recent Winton TCR test, sampling one of KR’s Subarus before finalising her deal.

“It’s incredible to confirm that I will race in TCR this year,” she said. “I wasn’t sure what my racing options were at the start of the season, but when I saw that TCR was coming here, I always felt that it was a great category for myself. There’s a lot of ex-Supercars drivers in there, plus Porsche drivers, rally car drivers, a few females. It’s a real mixed bag. I’ve never raced a front wheel drive car before and I’ll be trying to get my head around it as fast as I can. It will be interesting. When I tested at Winton last week, one of the things I found tricky was trying to get the temperature of the rear tyres up. I’ve been speaking to a lot of people to learn as much as I can before we get to Sydney. I have absolutely no expectations, so it’s nice to go there with an open mind set.”