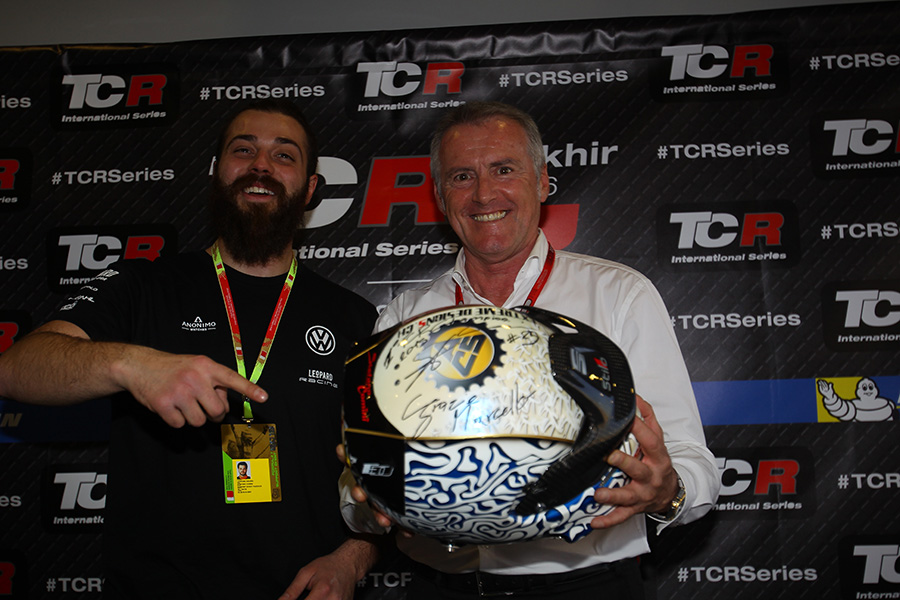 During a cheerful happening after the Bahrain races, reigning champion Stefano Comini presented the helmet with which he raced in his triumphant 2015 season to Marcello Lotti, promoter of the TCR International Series.

“Winning the first edition of the TCR International Series meant a lot to me”, said the Swiss driver, “I thought it would be nice to give my helmet to Marcello, to thank him for the great series he has put together.”

Very touched by the gesture, Lotti said: “It’s a very nice thought from him. We actually brought back the helmet from Macau where Stefano forgot it after winning the title. He is from Lugano, where we have our offices and we arranged to meet there for a coffee and give him back his helmet. That’s when he told me he would give it to us as a present but that we should wait for until the Bahrain event for his new helmet to arrive!”