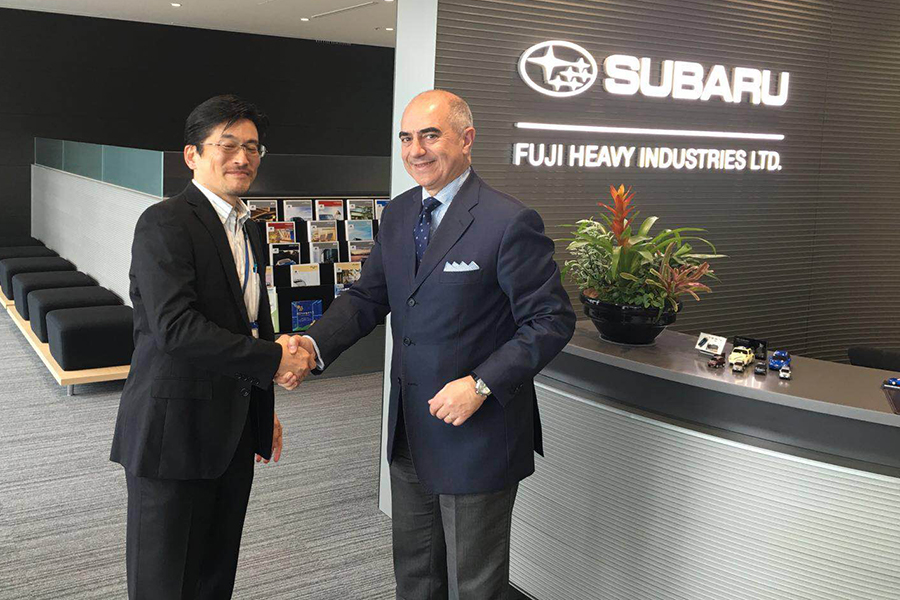 “We had a meeting with Makoto Shimamura, manager of Subaru motorsports activities and and Yosuke Takahashi of STI who is in charge to follow the TCR programme,”explained Russo who added. “Shimamura-san congratulated us for the far-sightedness in approaching with the Subaru brand to the TCR International Series that is already creating a growing interest in Japan with teams and fans. As a matter of fact, this meeting was prompted following different enquiries about TCR that Subaru WRX STi received from the Japanese media.”

The Italian team continues to develop the Subaru WRX TCi TCR that will be driven by Luca Rangoni in the upcoming Portuguese weekend at Estoril. Top Run Motorsport is working in cooperation with Subaru’s STi department and their joint efforts are now aiming to field the final update of the Japanese car in the Italian event of the TCR International Series in May.