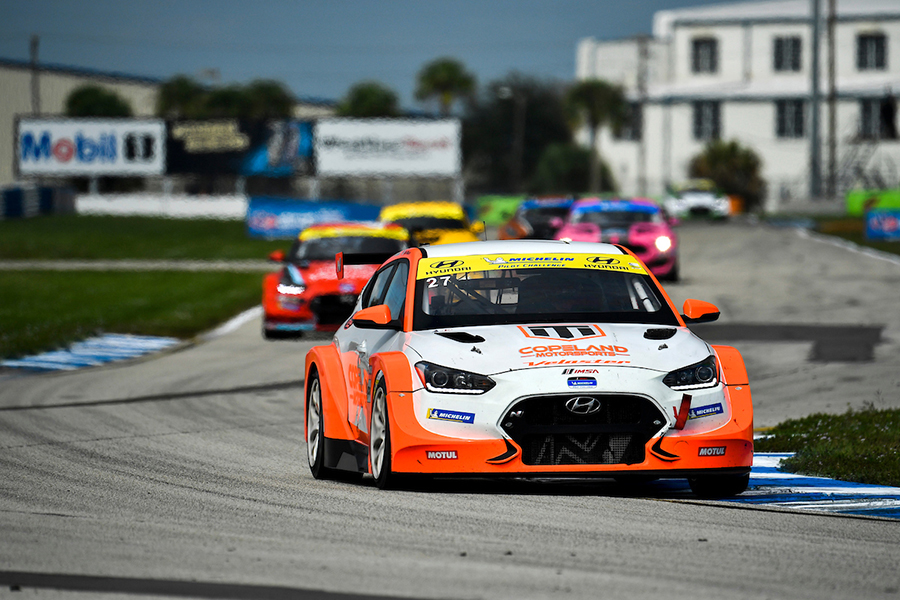 Copeland Motorsports named Mason Filippi and Olympic snowboarder AJ Muss to drive its second Hyundai Veloster N car. The teams had previously announced teenagers Tyler Maxson and Tyler Gonzalez as the drivers of the other entry.
Filippi drove for Bryan Herta Autosport the past two years, finishing second in the 2019 TCR championship and third this year. Muss made his TCR debut in the 2020 season opener at Daytona, for Forty7 Motorsports.

"My goal for 2021 is to build a strong relationship with the team and my co-driver, to learn all that I can on the TCR series and to finish strong at the end of the season," said Muss, who also plans to compete in the 2021 Summer Olympics in Tokyo. "Copeland Motorsports has proven that they are winners and champions, and I personally hope that I can help them carry on their winning heritage."

With three wins in a Hyundai under his belt the past two seasons, Filippi brings veteran experience to the team.
"I am incredibly excited to join Copeland Motorsports," Filippi said. "It's an incredible team with many successes, and I am looking forward to pushing hard and battle for the top step of the podium."