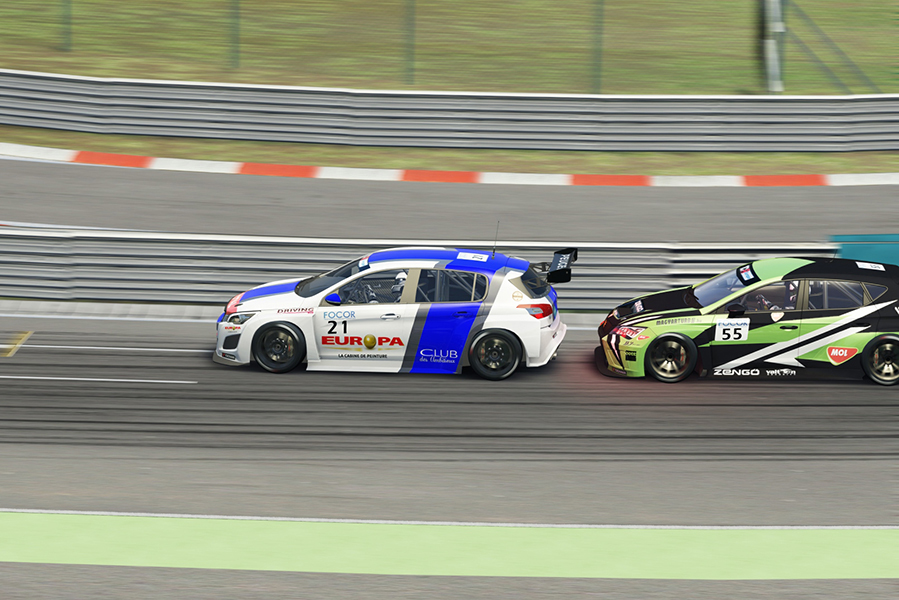 Jimmy Clairet and not Bence Boldisz is the winner of the two free Yokohama tyres awarded after the TCR Europe SIM Racing series’ round on the virtual Hungaroring.
A bug in the software that generates the results had allocated Teddy Clairet an incorrect elapsed time in Race 1; as a consequence he had wrongly been placed in sixth position behind Bence Boldizs.
A review of the results has corrected the Frenchman’s elapsed time that was actually two seconds faster and so promoted him to fifth ahead of Boldizs.
This amendment has had no influence on the standings in terms of positions, although Boldizs’ gap from the leader Dániel Nagy has increased from 21 to 24 points.
However, the three points lost from Boldizs, meant that Jimmy Clairet became the best scorer in the event with 68 points against the 66 scored by the young Hungarian.