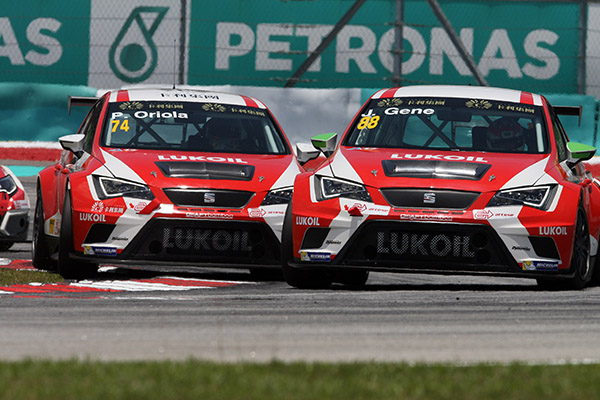 The Team Craft-Bamboo Lukoil completed an impressive debut in the first event of the TCR International Series at Sepang International Circuit in Malaysia.
The squad’s three drivers and their SEAT León cars claimed four podium results out of six over the two races, which meant the lead in the Team’s Championship.
Pepe Oriola finished second in both races and he is currently second in the Drivers’ Championship as well, only four points behind Stefano Comini. Jordi Gené won the second race, while Sergey Afanasyev was classified third in Race 1.

Richard Coleman, CEO of Craft-Bamboo Racing commented: “I am absolutely delighted to reward all the boys for their hard work. We are very happy to be leading the team’s championship. We are still a bit behind and have a lot to learn about the car, as everything is very new to us. It was a great start to have a win and four podiums over the weekend. It was a fantastic result for the whole team.”