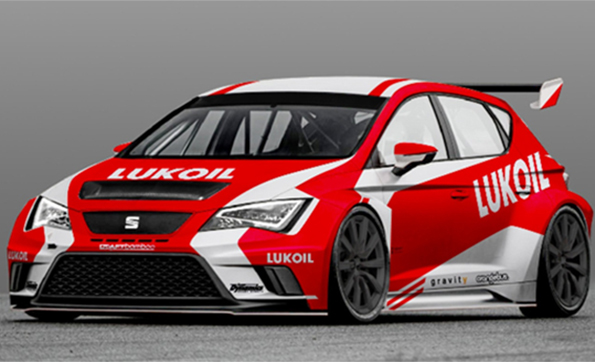 Craft-Bamboo Racing announced a title partnership with LUKOIL, to compete in the 2015 TCR International Series.
Entering the maiden season of TCR International Season under the name Team Craft-Bamboo LUKOIL, the team presents itself as a competitive force with a trio of SEAT León cars. The strong driver line-up, which will be announced soon. This partnership is a demonstration of the team’s clear intention to challenge for both the team’s and driver’s championship titles.
Craft-Bamboo Racing has a successful Touring Car history dating back to 2009. In 2013 they claimed the independent title with a third place overall in the FIA World Touring Car Championship.

Richard Coleman, CEO of Craft-Bamboo Racing declared: “I am thrilled to announce our three car entry into the TCR International series.  We are very excited to be working with LUKOIL because not only are they an excellent partner, but they also have a reputation for backing winners. The title is our aim but we know how difficult that will be with so many top teams and drivers.”

Marcello Lotti, CEO of WSC Ltd, added: “We are extremely pleased to welcome Craft-Bamboo Racing and LUKOIL. This will prove to be a powerful alliance between a team that has established itself as a winner in many different categories and one of the most dynamic oil companies on the global market. The fact that these two prestigious brands have decided to join the series in its maiden season, is a further evidence that the TCR concept is sound and well grounded.”