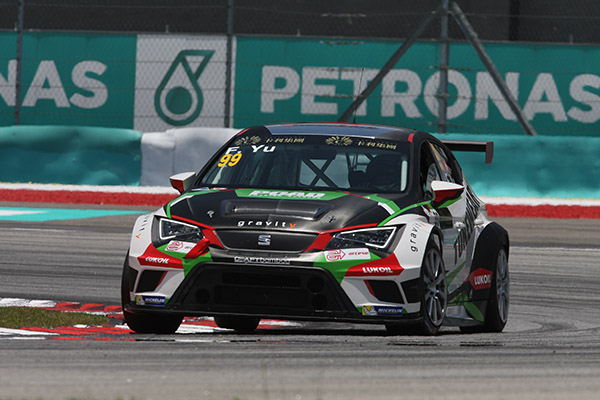 Hong Kong’s Craft-Bamboo Racing announced its entry into the inaugural 2015 TCR Asia Series. Thanks to the continued success of Team Craft-Bamboo Lukoil in this year’s maiden TCR International Series with their trio of SEAT León cars, the team has confirmed to enter the Asian sister series under the Craft-Bamboo Racing banner. They will be aiming to recreate the same winning results when the series begins in August.
Team Craft-Bamboo Lukoil is currently locked in a fierce battle for the top of both the drivers’ and teams’ championship, with Spanish teammates Pepe Oriola and Jordi Gene currently third and fourth respectively.
The team recognizes the direct benefits for their TCR Asia squad, which will get a strong start due to the knowledge gained from Craft-Bamboo Racing's extensive test and race schedule during the first half of this year.

Richard Coleman, CEO of Craft-Bamboo Racing said: “Craft-Bamboo Racing is a firm believer in the TCR platform, with the International Series producing some fantastic racing that is adored by drivers and fans alike. We hope that the TCR Asia series can follow in its footsteps and give Asia’s motorsport fans an exciting new race series that will help promote the sport of touring car racing in Asia.”

David Sonenscher, CEO of Motorsport Asia, echoed: “It is great to have Craft-Bamboo Racing involved in the inaugural TCR Asia Series season as they bring with them their solid background from the international series. Having yet another high calibre Asian team added to the championship is fantastic and this will provide even more competition, which means even greater racing for motorsport fans.”