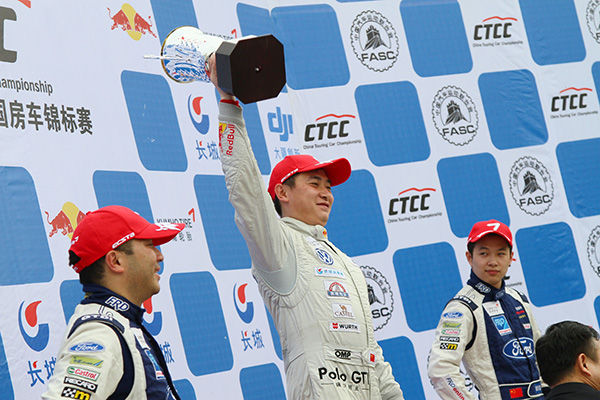 Tengyi Jiang, the reigning champion of China Touring Car Championship, will take part in the TCR International Series at Shanghai.
The 30-year-old from Shanghai will drive the Target Competition’s fourth SEAT León car that was originally meant for his fellow countryman Alex Yang who was forced to give up his participation because his wife is about to deliver a baby.
Tengyi has established himself as one of the most competitive Touring Car drivers in China. After a few seasons in single seater series, including the Formula Renault Asia Challenge and A1 GP, he switched in 2011 to the CTCC, driving for the Changan Ford Racing Team. He claimed three race victories and finished runner-up in the 2013 Super Production championship.
Last year he moved to the Shanghai VW 333 Racing Team, claimed two race wins and was crowned champion in the Super Production category.