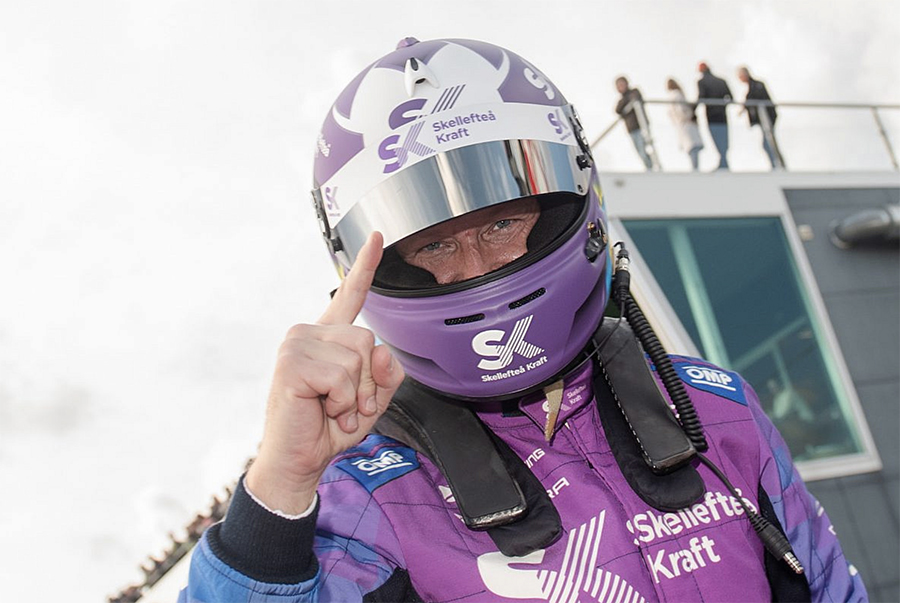 Ahead of the weekend, the championship swung significantly back in Dahlgren’s favour, as the PWR Racing Team driver’s exclusion from the second race of the season back in June was overturned, at least for now. The SBF’s legal board had overturned Dahlgren’s exclusion from Race 1 at Skellefteå, ruling that his disqualification after failing the ride height test needed to be reinvestigated as the correct procedure hadn’t been followed. Dahlgren then added points to his tally going into Saturday’s races after qualifying second for the first two races, while Brink secured pole position in both qualifying sessions for races one and two.

Race 1 - Brink led the way at the start but made a mistake on lap 2 and dropped behind Dahlgren and Oliver Söderström. Two laps later, both Söderström and Brink got back ahead of Dahlgren who was driving a conservative race, and Söderström held on to claim his second victory of the season. Dahlgren had secured the championship at this point, but with the risk of his exclusion at Skellefteå being reinstated, he could still technically be caught by Brink so would have to wait until Race 2 to be certain.

Race 2 - Brink made no mistakes and managed to hold the lead, while Dahlgren again drove a subdued race, dropping behind Söderström and Mattias Andersson to finish the race in fourth position, which was more than enough to assure him of the title.

Race 3 - With the top eight reversed on the grid, Dahlgren’s teammate Axel Bengtsson started from pole position, while Calle Bergman from P2. Bergman was passed by Andreas Bäckman who hounded Bengtsson all the way to the finish, while Bergman had an eventful race, falling behind Dahlgren early on and then finding himself in a battle with Hugo Nerman and Andersson, eventually running out wide on the final corner of the final lap, and finished in eighth.

Dahlgren finished the year on the podium, in a season where seven victories from 16 races took him to the championship title on 286 points, 60 points clear of Brink, who moved up to second place after a strong final weekend, with Bäckman finishing in third, 67 points behind.