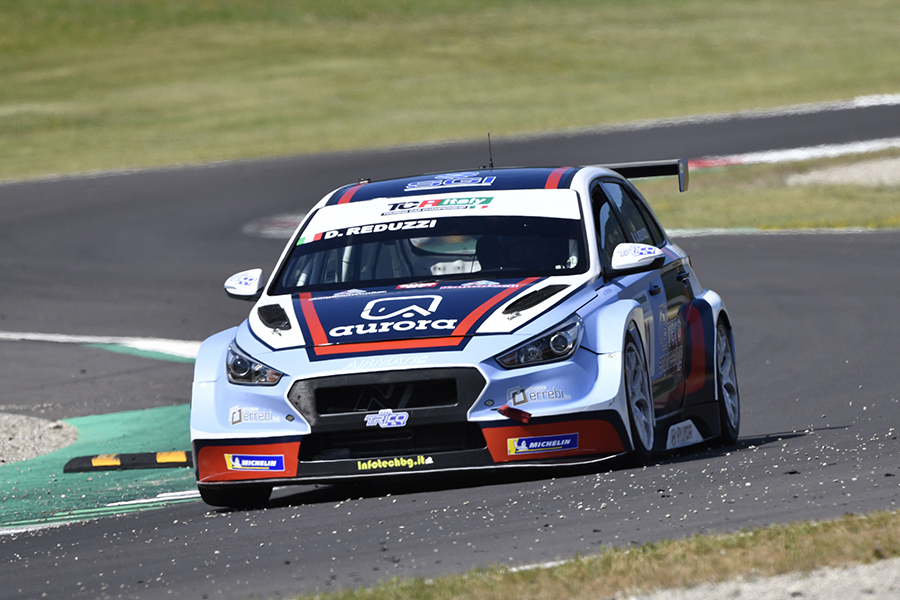 Felice Jelmini was stripped of his Race 2 victory by a 25-second penalty for a race incident and this promoted Damiano Reduzzi to race winner.
Jelmini was punished for causing a collision on lap 4 that ended with Simone Pellegrinelli’s car stranded onto the gravel and Francesca Raffaele forced to pit and retire. The incident also resulted in the second intervention of the safety car in two laps.
Jelmini was therefore dropped to 15th, while Franco Girolami and Marco Pellegrini were promoted to third and fourth; the latter is also the new leader in the standings.
Salvatore Tavano too was given a penalty of two minutes, for short-cutting the track on his way to the pit lane, and this dropped him from 9th to 20th.