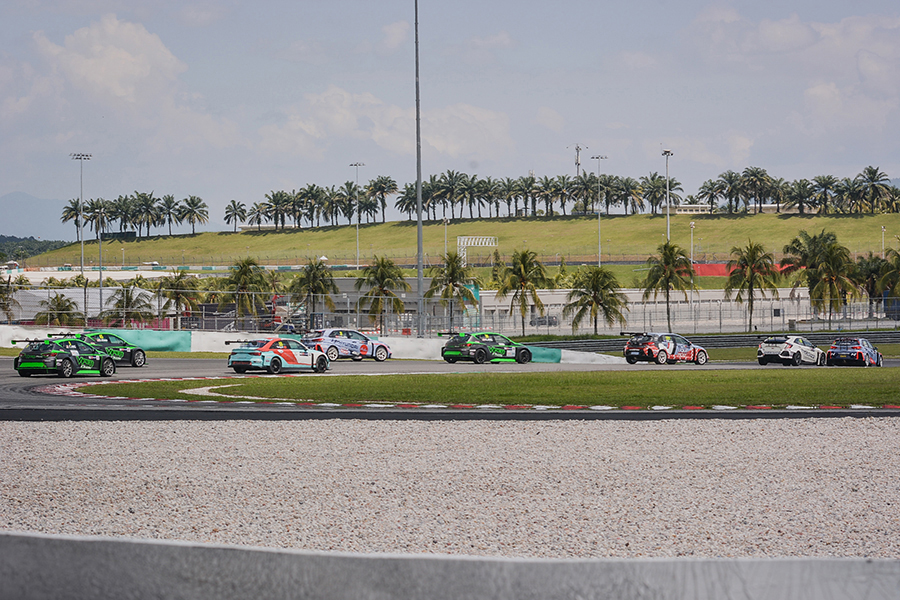 The TCR Malaysia championship resumes this weekend at Sepang International Circuit for rounds 3 and 4.
Daniel Lloyd defends the points leadership after he finished second in both races of the season opener on January 18. Lloyd and his Honda Civic Type R run by Brutal Fish Racing Team scored 40 points, four more than the reigning champion Luca Engstler who had won the first race in his Team Engstler Hyundai i30 N before running into tyre troubles in Race 2.
Engstler's teammate Nico Gruber emerged as the winner in the second race, but as he had retired in Race 1, scored only 25 points during the weekend and this placed him fourth in the standings behind local driver Gilbert Ang (Viper Niza Racing CUPRA) who claimed a couple of third places and collected 33 points.
Hong Kong driver Tommy Ku Siu Lam, third classified in the 2018 Renault Clio Cup Asia, will make his TCR debut at the wheel of a Honda Civic Type R run by Prince Racing, while reigning TCR Europe champion Josh Files joins in a Solite Indigo Racing-run Hyundai i30 N.