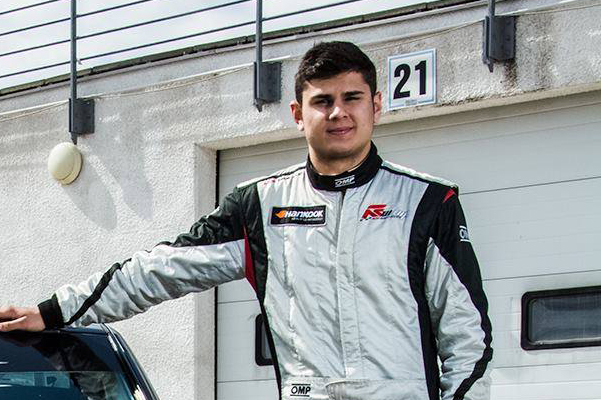 The Zengö Motorsport team keeps on raising Hungary’s young motorsport talents. After giving spells of international racing to Ferenc Ficza (19 years old), Norberth Tóth (17) and Dávid Zsolt Szabó (19) in the previous TCR events, the Hungarian team will bring another 17-year old to the Red Bull Ring: Dániel Nagy.
Nagy belongs to a very sporting family: his elder brother Viktor is the goalkeeper of Hungary’s national water-polo team, while his father Tibor and his mother Brigitta are both racing drivers and often share the car in endurance competitions.
It’s not a surprise that Dániel moved his first steps in motor sports at the age of 14, taking part in the Hungarian RCM Suzuki Swift Cup. A category that sacred him champion in 2013 on his second racing season.
Nagy is currently lying second in this year’s RCM Cup.