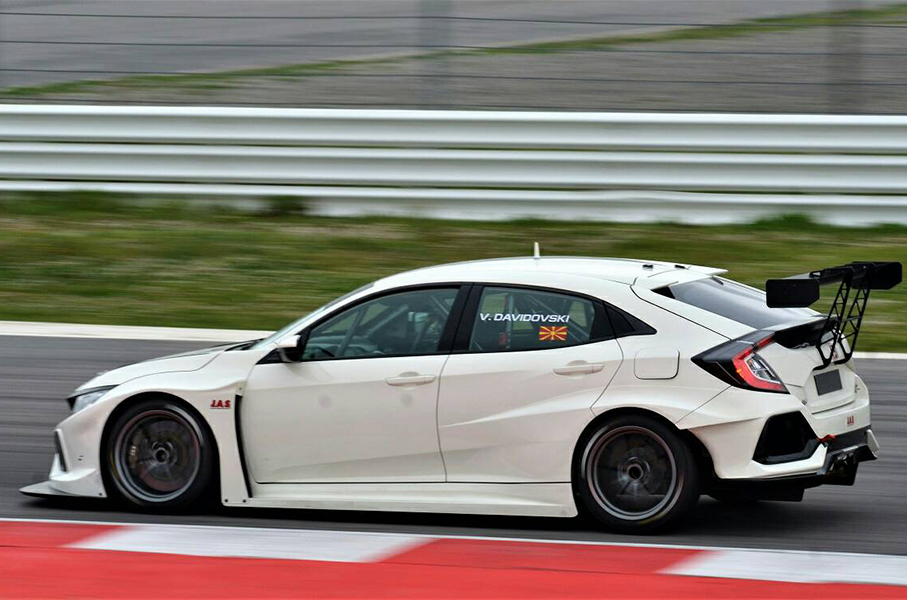 Davidovski to drive a new Honda Civic for PSS Racing

Macedonia’s Viktor Davidovski will take part in the 2018 TCR Europe Series at the wheel of a new Honda Civic FK7 TCR entered by the PSS Racing Team.
This marks the first ever full season international programme for the driver and the team after several successes in Macedonia’s and Serbia’s national championships.
Davidovski clinched a dozen national titles over the two countries between 1998 and 2017 in circuit racing and hillclimbing.
He made his first appearance in a TCR car last year, driving a SEAT León run by the Zest Racecar Engineering in the 12 hours of Spa-Francorchamps.

He said: "I am very proud and honoured to be the first driver from the Republic of Macedonia to enter in the TCR Europe Series. My team and I are eager to compete alongside all the other great drivers and produce our best performance! Because this is our maiden season in TCR, we expect it to be tough. But we will focus on showing our potential and will use this opportunity to gain more experience."