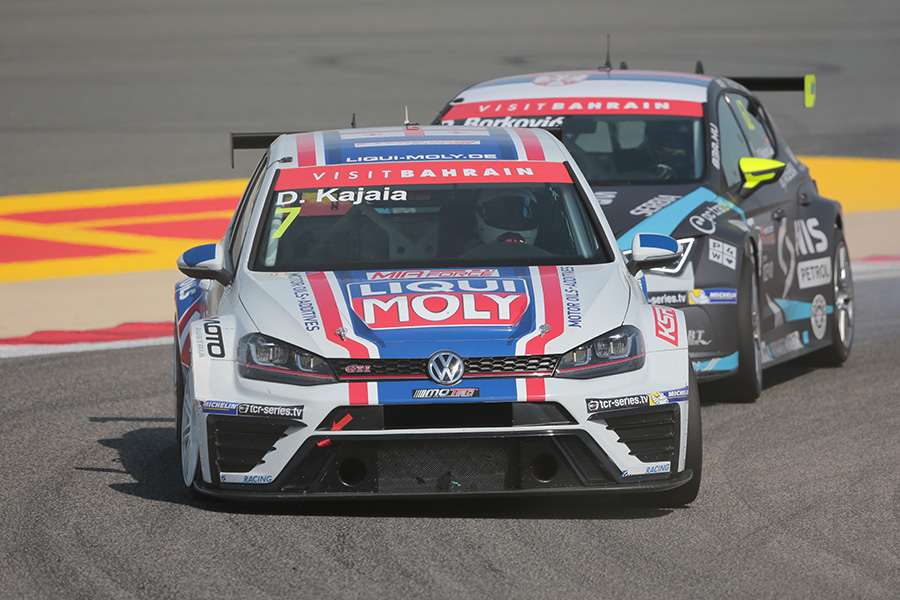 Liqui Moly Team Engstler’s Davit Kajaia definitely made an impact on his maiden appearance in the TCR International Series. His performance at the wheel of his Volkswagen Golf Gti TCR at the Bahrain International Circuit was so impressive that he was named by the TCR panel of jurors as one of the two candidates for the first Fan Award of the season.
The nomination – for fighting with no sign of nerves despite his lack of experience – took into consideration Kajaia’s ability of standing up to drivers who were far more experienced in both the championship and front-wheel driven cars.
Eventually the Georgian scored points in both races, with his fourth place on Sunday providing the icing on the cake.
All this did not go unnoticed by the fans, whose votes were nearly unanimous in preferring him against the weekend’s double race winner Pepe Oriola.
The final score was Kajaia 83.8%, Oriola 16.2%.

“I am really happy because I was chosen as a candidate at the very first opportunity and happy to be the first winner of TRC fan awards! I would like to heartily thank all social media users who voted for me, and of course all my wonderful friends and followers in and outside my home country, who back me at each stage of my career. I always feel their support and really want to express how grateful I am,” Said Kajaia who added: “The first race weekend was really impressive, with tough and tense battles that I enjoyed! I am really satisfied with my debut, in spite of a few technical issues; I am sure next meeting will be even more interesting and I will try not to disappoint my team, my friends and fans!”